(WNS)–America’s top health insurers are not doing well in the Affordable Care Act’s (ACA) exchange market, leading some to question its long-term sustainability as they face major financial loss.

The Obamacare insurance exchanges, launched three years ago, were designed to make policy shopping more convenient and personalized. The setup was often compared to online dating: Shoppers can search for coverage options, switching to policies tailor-made for their personal needs and budget. But critics warn the insurance exchange market is about to splinter under the pressure of massive claims, an imbalanced ratio of healthy-to-sick subscribers, and abuse of special enrollment.

“We like [the exchange] program, and we think it’s an appropriate effort. But we do need to make changes,” Aetna chief executive Mark Bertolini told Kaiser Health News this week. Just last month, the healthcare titan questioned the viability of the exchanges and complained of profit loss.

UnitedHealth Group Inc., the nation’s largest insurer, could lose as much as $475 million on its exchange business this year and may not participate in 2017. At least a dozen other nonprofit insurance cooperatives created by the ACA have shut down, forcing about 750,000 people to scramble for new plans.

If more insurers are forced to pull out of the market, shoppers will be left with fewer choices, which undermines the ACA’s goal to provide more insurance options.

When the exchanges first opened, new customers previously unable to get coverage stormed the market with expensive claims. The scales tipped, with insurance enrollment heavy with sick subscribers but light on healthy, non-filing, premium-paying customers.

Another ACA exchange ailment is the significant number of subscribers who wait until they’re sick to sign up for healthcare, in effect neutralizing their payments by filing claims. 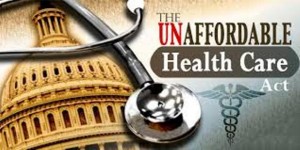 “This is not how insurance was designed to work. To keep a stable market, you have to play by the rules: you stay in, you contribute, in sickness and in health,” said Joe Antos, a scholar with the American Enterprise Institute, a conservative think tank.

Other critics say the government is too liberal with its special enrollment exceptions, which allow people to change coverage when their life changes: a new address, a marriage or divorce, the birth of a baby. But exchanges have not required official documentation for these qualifying life events, and a person can apply for special enrollment without submitting a birth certificate, marriage license, or proof of address.

Last October, the Montana Health Co-Op had a severely ill hospital patient sign up for coverage, only to immediately dump a $250,000 bill on the insurer. When the company probed for details on the legitimacy of the special enrollment, the exchange would say only that the patient changed ZIP codes.

“They’ve got to do something about the special enrollment because we just got killed on that,” said Montana Health Co-Op CEO Jerry Dworak.

The federal government last week announced it will begin requiring proof of qualification for special enrollment.

If the market trends continue, the exchange program gradually will push out subscribers who aren’t getting large subsidies, and ultimately morph into a “graduate Medicaid program,” Antos said. He believes the exchange program will become increasingly unattractive to middle-class subscribers, prompting them to purchase health insurance through brokers—the primary method prior to Obamacare.