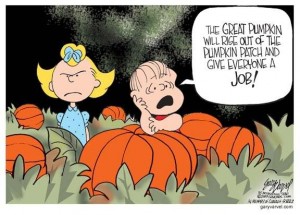 A high-school geometry teacher started a lesson on triangles by reading a theorem. “If an angle is an exterior angle of a triangle, then its measure is greater than the measure of either of its corresponding remote interior angles.” He noticed that one student wasn’t taking notes and asked him why. “Well,” the student replied sincerely, “I was waiting for you to start Speaking English.”

As we Silver Surfers know, sometimes we have trouble with our computers. Yesterday, I had a problem, so I called Georgie, the 11-year-old next door, whose bedroom looks like Mission Control, and asked him to come over. Georgie clicked a couple of buttons and solved the problem. As he was walking away, I called after him, “So, what was wrong?” He replied, “It was an ID ten T error.” I didn’t want to appear stupid, but nonetheless inquired, “An ID ten T error? What’s that? In case I need to fix it again.” Georgie grinned, “Haven’t you ever heard of an ID ten T error before?” “No,” I replied. “Write it down,” he said, “and I think you’ll figure it out.” So I wrote down: ID10T. I used to like Georgie.

Back when I did tech support, too many people had heard of the ID10T error. So other acronyms had to be created. After the ID10T error you have all these other errors: C2K: “Chair to Keyboard” problem. ESO: Equipment Smarter than Operator. TSTO: Too Stupid To Operate. EBK: Error Behind Keyboard. EBCAC: Error Between Computer And Chair. PEBKAC: Problem Exists Between Keyboard and Chair.

Layer 8/9 error: There are seven layers in the OSI model of computer networks. The 8th layer is the user.

Code 18: The problem is located 18 inches away from the monitor. EEOC: Equipment Exceeds Operator Capabilities. OHE: Operator Headspace Error. CBE: Carbon-Based Error. Another name for a user error is a PICNIC error – Problem. In. Chair. Not. In. Computer.

Don’t get annoyed by parents (or neighbors) asking you “stupid” tech advice you think they should know easily. These are the people who taught you how to use a toilet. Just help them!

Two hunters were dragging their dead deer down a trail back to their truck. Another hunter approached pulling his along too. “Hey, I don’t want to tell you what to do, but I can tell you that it’s much easier if you drag the deer in the other direction. Then the antlers won’t dig into the ground.” After the third hunter left, the two decided to try it. A little while later one Congressman said to the other, “You know, that guy was right. This is a lot easier!” “Yeah,” the other added, “but we’re getting farther away from the truck!”

Einstein and his Chauffeur

When Albert Einstein was making the rounds of the speaker’s circuit, he usually found himself eagerly longing to get back to his laboratory work. One night as they were driving to yet another rubber-chicken dinner, Einstein mentioned to his chauffeur (a man who somewhat resembled Einstein in looks and manner) that he was tired of speechmaking. “I have an idea, boss,” his chauffeur said. “I’ve heard you give this speech so many times. I’ll bet I could give it for you.” Einstein laughed loudly and said, “Why not? Let’s do it!” When they arrived at the dinner, Einstein donned the chauffeur’s cap and jacket and sat in the back of the room. The chauffeur gave a beautiful rendition of Einstein’s speech and even answered a few questions expertly. Then a supremely pompous professor asked an extremely esoteric question about anti-matter formation, digressing here and there to let everyone in the audience know that he was nobody’s fool.

Without missing a beat, the chauffeur fixed the professor with a steely stare and said, “Sir, the answer to that question is so simple that I will let my chauffeur, who is sitting in the back, answer it for me.”

~ “My intensity and focus are at inordinately high levels, and my ability to complete projects on time is unspeakable.” ~ “Education: Curses in liberal arts, curses in computer science, curses in accounting.”

~ “Instrumental in ruining entire operation for a Midwest chain store.” ~ “Personal: Married, 1992 Chevrolet.” ~ “I have an excellent track record, although I am not a horse.” ~ “I am a rabid typist.”

~ “Created a new market for pigs by processing, advertising and selling a gourmet pig mail order service on the side.” ~ “Exposure to German for two years, but many words are not appropriate for business.” ~ “Proven ability to track down and correct erors.” ~ “Personal interests: Donating blood. 15 gallons so far.”

I have been unable to sleep since I broke off our engagement. Won’t you forgive and forget? Your absence is breaking my heart. I was a fool, nobody can take your place. I love you.

A recent survey compiled all the qualities that people expect from the perfect pastor:

~ Preaches exactly 12 minutes. ~ Frequently condemns sin but never upsets anyone. ~ Works from 8 a.m. until midnight and is also a janitor. ~ Makes $60 a week, wears good clothes, buys good books, drives a good car, and gives about $80 a week to the poor. ~ 28 years of age and has been preaching for 30 years.

~ Wonderfully gentle and good-looking. ~ A burning desire to work with teenagers, but is always with the senior citizens. ~ Makes 15 daily calls to church families, visits shut-ins and the hospitalized, evangelizes the unchurched, and is always in the office when needed.

Man of the House

A man had just finished reading his book “Man Of The House” while making his commute home from work. When he reached home, he stormed into the house and walked directly up to his wife. Pointing his finger in her face, he said, “From now on I want you to know that I am the man of this house and my word is law! You are to prepare me a gourmet meal tonight, and when I’m finished eating my meal, I expect a sumptuous dessert afterward. Then, after dinner, you’re going to draw my bath so I can relax. And when I’m finished with my bath, guess who’s going to dress me and comb my hair?” His wife thought for a moment and responded, “The Funeral Director is my guess.”

~ This is in exchange for the six hours last night when I dreamed about work! ~ I was doing a highly specific yoga exercise to relieve work-related stress. Are you discriminatory toward people who practice yoga? ~ Why did you interrupt me? I had almost figured out a solution to that problem you told me about yesterday. ~ The coffee machine is broke…. ~ Someone must’ve put decaf in the wrong pot. ~ Boy, that cold medicine I took last night just won’t wear off! ~ I was crosstraining for telecommuting. ~ Ah, the unique and unpredictable circadian rhythms of the workaholic! ~ I wasn’t sleeping. I was trying to pick up my contact lens without hands. ~ Amen.

Nostalgia Buff: One who finds the past perfect and present tense. Optometrist: A person you have to see.

Perfect Gentleman: A man of high principle and no interest. Quadruplets: Four crying out loud. Recipe: A series of step-by-step instructions for preparing ingredients you forgot to buy, in utensils you don’t own, to make a dish the dog won’t eat. Sermon: A moralogue. Thoroughbred: A carefully prepared loaf. Useless: A glass eye at a keyhole.

Viper: What you use to clean ze vindows. Walkie Talkie: What you get when you cross a parrot with a centipede.

X-Ray: A ray that enables a person to see through anything except treachery. Year: The exact length of time that will pass from the day you get married to the day you forget your first anniversary. Zillion: The number of times you ask someone to take out the trash, before ending up doing it yourself.