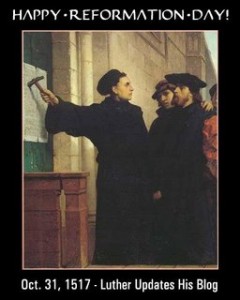 There was a man who worked for the Post Office, whose job it was to process all the mail that had illegible addresses. One day, a letter came to his desk addressed in shaky handwriting to God. He thought he should open it to see what it was about. He opened it and read:

Dear God, I am a 93-year-old widow, living on a very small pension. Yesterday someone stole my purse. It had $100 in it, which was all the money I had until my next pension check. Next Sunday is Christmas, and I had invited two of my friends over for dinner. Without that money, I have nothing to buy food with. I have no family to turn to, and you are my only hope. Can you please help me?

The postal worker was touched. He showed the letter to his fellow workers. Each of them dug into their wallets and came up with a few dollars. By the time he made the rounds, he had collected $96, which they put into an envelope and sent to the woman. The rest of the day, all of the workers felt a warm glow for the kind thing they had done.

Christmas came and went. A few days later another letter came from the old lady to God. All of the workers gathered around while the letter was opened. It read:

Dear God, How can I ever thank you enough for what you did for me? Because of your gift of love, I was able to fix a glorious dinner for my friends. We had a very nice day and I told my friends of your wonderful gift. By the way,

there was $4 missing. I think it must have been those thieves at the Post Office.

A police recruit was asked during the exam, “What would you do if you had to arrest your own mother?”

He answered, “Call for backup.”

A little girl was in church with her mother when she started feeling ill. “Mommy,” she said, “can we leave now?”

“I didn’t have to go out of the church, Mommy. They have a box next to the front door that says, ‘For the Sick.’

A man goes on a 2-month business trip to Europe and leaves his cat with his brother. Three days before his return he calls his brother. Brother 1: So how is my cat doing? Brother 2: He’s dead. Brother 1: He’s dead! What do you mean he’s dead?! I loved that cat. Couldn’t you think of a nicer way to tell me?! I’m leaving in 3 days. You could of broke the news easier. You could of told me today that she got out of the house or something. Then when I called before I left you could of told me we found her but she is up on the roof and we’re having trouble getting her down. Then when I called you from the airport you could of told me that the fire department was there and scared her off the roof and the cat died when it hit the ground. Brother 2: I’m sorry…you’re right…that was insensitive I won’t let it happen again. Brother 1: Alright, alright, forget about it. Anyway, how is Mom doing? Brother 2: She’s up on the roof and we’re having trouble getting her down.

A guy sees a sign in front of a house: “Talking Dog for Sale.” He rings the bell and the owner tells him the dog is in the backyard. The guy goes into the backyard and sees a black mutt just sitting there. “You talk?” he asks. “Yep,” the mutt replies. “So, what’s your story?” The mutt looks up and says, “Well, I discovered my gift of talking pretty young and I wanted to help the government, so I told the CIA about my gift, and in no time they had me jetting from country to country, sitting in rooms with spies and world leaders, because no one figured a dog would be eavesdropping. I was one of their most valuable spies eight years running. The jetting around really tired me out, and I knew I wasn’t getting any younger and I wanted to settle down. So I signed up for a job at the airport to do some undercover security work, mostly wandering near suspicious characters and listening in. I uncovered some incredible dealings there and was awarded a batch of medals. Had a wife, a mess of puppies, and now I’m just retired.” The guy is amazed. He goes back in and asks the owner what he wants for the dog. The owner says, “Ten dollars.” The guy says, “This dog is amazing. Why on earth are you selling him so cheap?” The owner replies, “He’s a big liar. He didn’t do any of that stuff.”

SIGNS YOUR PASTOR IS ADDICTED TO WESTERNS

~ His sermon on Revelation is titled “Showdown at High Noon.” ~ At the end of the service, he replaces altar call with “roundup.” ~ Refers to the Deacons Meetings as “a campfire chat.” ~ Keeps referring to “brothers” as Hoss and Little Joe. ~ Walks into the pulpit with a hearty, “Hi-Yo Silver” ~ Always refers to his Bible as “my Six-Shooter.”

~ Forces ushers to tie bandanas around their faces and pass around ten-gallon cowboy hats instead of offering plates.

~ When performing a wedding, he begins the ceremony with, “Howdy Pardners.” ~ Constantly threatens to preach well past “high noon.” ~ He insists on being addressed as “Reverend Duke.” ~ Refers to the next churchwide fellowship dinner as “gathering around the chuckwagon.” ~ His new three-week sermon series: “The Good, the Bad and the Ugly.” ~ Asks for the song “Rawhide” to be sung as a call to worship.

A member of a certain church, who previously had been attending services regularly, stopped going. After a few weeks, the minister decided to visit him – it was a chilly day. That evening, the minister found the man at home all alone sitting by a blazing fire. Guessing the reason for his minister’s visit, the man welcomed him, and led him to a comfortable chair near the fireplace and waited. The minister made himself at home but said nothing. In the grave silence, he contemplated the dance of the flames around the burning logs. After some minutes, he took the fire tongs, carefully picked up a brightly burning ember and placed it to one side of the hearth all alone. Then he sat back in his chair, still silent. The host watched all this in quiet contemplation. As the one lone ember’s flame flickered and diminished, there was a momentary glow and then its fire was no more. Soon it was cold and dead. Not a word had been spoken since the initial greeting. The minister glanced at his watch and chose this time to leave. He slowly stood up, picked up the cold, dead ember and placed it back in the middle of the fire. Immediately it began to glow once more, with the light and warmth of the burning coals around it. With that, the minister smiled at his host, shook his hand, and let himself out.

Good teachers are those who can challenge young minds without losing their own.

Okay, so I danced like no one was watching. My court date is pending.

Nobody is perfect, until you fall in love with them.

Being over the hill is better than being under it.

For every action, there is an equal and opposite malfunction.

I always wanted to be a bull rider in the rodeo! I think it would be GREAT to have a job where I had to work only 8 seconds a week!

He who laughs last probably made a back-up.

Silent company is often more healing than words of advice.