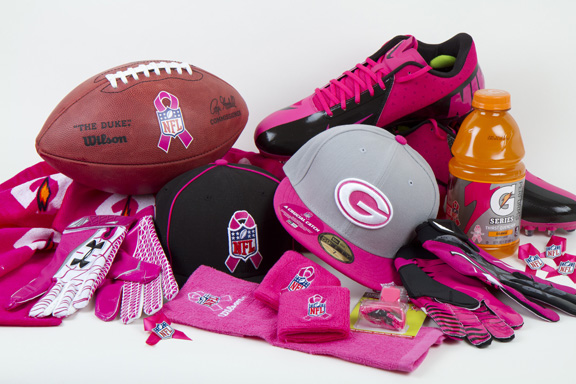 (NaturalNews) National Breast Cancer Awareness Month was is in full swing this October, welcoming a barrage of pink advertising and pink products. As the pink is consumed, year after year, many are starting to wonder — “Where is all the money going?”

It’s definitely not going toward education on preventive measures or spreading awareness about nutritious super foods and healing herbs. It’s not going to help eliminate known carcinogens in the food, medicine or body care industry.

The money goes to pay high salaries in the pharmaceutical industry, by helping it pump out more cancer drugs and chemotherapy treatments that deplete people financially and at the cellular level. For almost every cancer case, poisoning the body is not the way to go, but it’s how the industry works. The industry aims to create customers for life rather than to empower people with the knowledge to become self healers.

In fact, with $100 billion a year now being spent on toxic chemotherapy treatments that damage patients and cause “chemo brain” side effects, a panel of cancer experts commissioned by the National Cancer Institute publicly admitted two years ago that tens of millions of “cancer cases” aren’t cancer at all.

Tens of millions of people who have been diagnosed with “cancer” by crooked oncologists — and scared into medically unjustified but extremely profitable chemotherapy treatments — never had any sort of life-threatening condition to begin with, scientists have confirmed.

“The word ‘cancer’ often invokes the specter of an inexorably lethal process; however, cancers are heterogeneous and can follow multiple paths, not all of which progress to metastases and death, and include indolent disease that causes no harm during the patient’s lifetime,” says the abstract of the published study entitled Overdiagnosis and Overtreatment in Cancer An Opportunity for Improvement (JAMA. 2013;310(8):797-798.

The money is also going to expand X-ray mammography, which is often used to diagnose benign or harmless lesions that are treated as invasive cancers anyway. Whether the cancer is benign or not, women are often rushed anxiously into disfiguring surgeries where breast tissue is taken out, or they are subjected to chemotherapy treatments that the immune system must fight to recover from. It’s big money and people are being frightened into compliance.

It’s all a scam too — the blind leading the blind — perpetuated by the American Cancer Society, the Susan G. Komen Foundation and their partners at the Food and Drug Administration (FDA).

The Breast Cancer Awareness campaign prides itself in using X-ray mammography to detect as much cancer as possible. As detection becomes high priority, hardly any medical professionals are making the distinction between non-malignant lesions, invasive cancers or non-invasive cancers. If it’s detected by a mammogram, most professionals think it will eventually become deadly and must therefore be treated aggressively with surgery, radiation and chemicals. This means that some women who are rushed into surgery or chemotherapy may have been fine on their own, not getting the diagnosis and not doing anything chemically damaging to their bodies.

A vast amount of breast cancer diagnoses are actually for ductal carcinoma in situ (DCIS). DCIS occurs when an abnormal growth of cells inhabits the milk ducts of the breast. The lesion is between 1 and 1.5 cm in diameter and is benign. It is often considered “stage zero breast cancer” and some experts believe it should be reclassified as a non-cancerous condition.

Medical professionals are quick to perform surgery on DCIS even though it’s hardly a cancerous condition at all. In fact, if doctors educated women on the non-invasive nature of DCIS, women would feel more empowered to do nothing surgically or chemically to their breasts. This would save women extraordinary amounts of energy while preventing all the pain, chronic fatigue and infections that come with chemotherapy. They could simply make the choice of “watchful waiting” instead. Women aren’t taking a deep breath and monitoring the benign lesions because the medical community is trained to intervene, not to empower their patients.

Mammograms may actually cause mutations in some genes.

Mammograms wouldn’t be so much of a scam if medical professionals used them to differentiate between invasive and non-invasive cancers, thus taking the anxiety out of women and encouraging them to make healthier lifestyle decisions.

After women are depleted by the surgeries, radiation and cancer drugs, they may not make it out alive. If they do make it through chemotherapy, they are told they are cancer-free. They are forced through this process of deception when they could have been cancer-free all along without any sort of wicked intervention.

As the pink charade continues to market itself, the emotions of the masses are directed toward cancer detection. Half a million U.S. women were diagnosed with non-invasive DCIS by January 2005 and the number continues to climb, propelling people to accept medical intervention, even when none is needed.

While mammograms create an awareness of non-invasive lesions in the body, they really are just a tool to pull more people into accepting invasive cancer treatments when the cancer is not harmful from the start. Consecutive mammograms could potentially cause mutations in the BRCA1 or BRCA2 genes because X-ray mammography uses a low dose of radiation. This is why thermography is becoming more important as an alternative detection method nowadays.