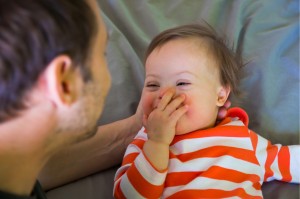 (WNS)–Pro-life advocates are applauding the Ohio legislature’s passage of a bill to ban abortions of babies diagnosed with Down syndrome. They expect a signature from Gov. John Kasich within the next week or so.

Last month, the state House passed the bill 64-31, and the Senate passed it 20-12 last week. The legislation prohibits abortions “because an unborn child has or may have Down syndrome.” Abortionists who violate the law would face a fourth-degree felony charge, but their patients would not face prosecution.

The National Right to Life Committee’s Ingrid Duran told me her organization “commends the hard work of pro-life leaders in Ohio for passing a bill that protects the most vulnerable little humans in the womb.” She added, “People with Down syndrome, or any other genetic anomaly, should never be discriminated against. These babies always deserve protection, and families deserve a better option than abortion.”

Given Kasich’s track record, pro-lifers expect his signature within the 10-day period before the bill automatically becomes law.

The bill would mark Kasich’s 20th pro-life law during his six years in office, including the 20-week abortion ban he signed last December.

Two other states have passed Down syndrome abortion bans with mixed results: North Dakota’s 2013 law still stands, while a federal judge blocked Indiana’s 2016 ban in September. Indiana Attorney General Curtis Hill announced since then he plans to appeal the injunction.

The American Civil Liberties Union (ACLU) of Ohio hasn’t indicated whether it will file suit against that state’s bill, but its lobbyist, Gary Daniels, called for a veto.

Gonidakis said he anticipates an ACLU lawsuit but is confident in Ohio’s pro-life Attorney General Mike DeWine’s ability to defend the law “tooth and nail in every court in Ohio and nationally all the way to the Supreme Court.” He added, “At the end of the day, everyone deserves a right to life whether you’re rich, poor, man, woman, black, or white, whether you have a special need or whether you’re perfect in the eyes of society. We do not want to engage in modern-day eugenics.”