On May 4 the RI Coalition for Israel staged a press conference regarding the Iran Nuclear Deal. This was their message.

The headlines this week show that Israeli intelligence has done an unprecedented job of obtaining Iranian documents that undermine the very basis of the Iran Nuclear Deal. 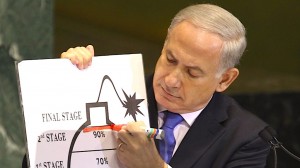 We now know that Iran was working on building a nuclear weapon at the time the Nuclear Deal was signed and didn’t disclose it. And Iran atomic archive’s blueprints flagrantly violate the Nuclear Deal which prohibited Iran from retaining any aspect of a bomb.

They also show that Iran has been saving the information needed to build the bomb as soon as the Deal expired.

Today we have a message ​for​ ​Senators Reed and Whitehouse, and Representatives Cicciline and Langevin

1. You didn’t listen when we told you that when Iran signed the Nuclear Deal they lied about having no intentions to build a nuclear weapon.

2. You didn’t listen when we told you that the Iran deal was deeply flawed and a threat to our national security.

3. You didn’t listen when we told you as our elected representatives you showed poor judgment in agreeing to the Iran deal, putting politics above security.

Now that Iran’s cover story has been blown, perhaps you will listen to us this time.

The administration has hard choices to make about keeping nuclear weapons out of Iran’s hands and pushing back on Iran’s destabilizing behavior, especially in the Middle East.

We may be seeing outright war between Iran and Israel in the coming days. And in light of Iran’s constant threats of “Death to America”, we may find ourselves under some kind of attack from Iran as well.

This is a time to put politics aside.

​Rhode Island’s grassroots Jews and Christians, represented by the RI Coalition for Israel​, pray for the President and his team to find the wisest course of action, and we pray for our ​US Senators and Representatives ​to support that course of action.

We pray for national unity in combatting the threat to our safety and world stability that Iran now poses. We ask all Rhode Islanders to join us in our prayers and to ask Senator Reed, Senator Whitehouse, Congressman Cicciline and Congressman Langevin to listen to us, their constituents, before it is too late.

WLNE’s video of the press conference can be found at https://www.youtube.com/watch?v=CwDMEhOxZ5E&t=2s