“This is a tragedy of immense proportions, impacting the lives of hundreds of thousands of people.” -UN spokesman David Swanson 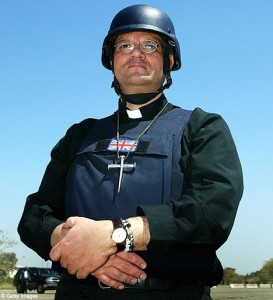 (Iraq)—Just this week, Canon Andrew Wright sent out a global call for prayer, saying the world was so focused on blaming Israel for the Gaza conflict that they were ignoring the horrors being inflicted on Iraqi Christians by the same terrorist mindset working against Israel. (Photo via saintclareofassisi.com)

Sure enough, nearly 24 hours later, the news out of Iraq is that the town of Qarazosh, home to a quarter of the country’s Christians, was taken over by ISIS.

A UPI report noted that Qaraqosh was regarded as Iraq’s Christian capitol in Nineveh province. No more. A mass exodus is in process as Christian refugees flee to the Kurdish region of Iraq.

The BBC reported that as many as 100,000 are now homeless and on the move, noting that French Foreign Minister Laurent Fabius has called for the UN Security Council to hold an emergency meeting over the situation. 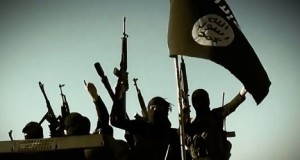 The report also quoted eyewitnesses in Qaraqosh as saying ISIS troops were taking down crosses in churches and burning religious manuscripts in the ancient city.

Said Joseph Thomas, the Chaldean archbishop of the northern city of Kirkuk, “It’s a catastrophe, a tragic situation: tens of thousands of terrified people are being displaced as we speak.”