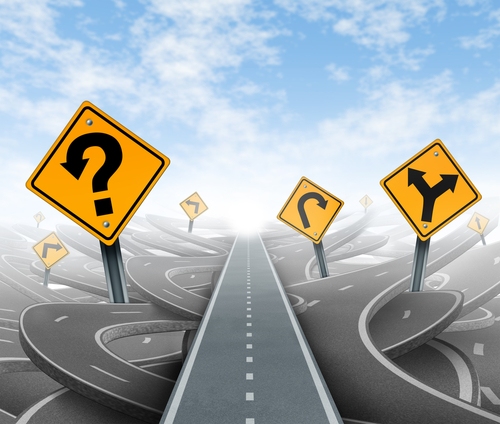 One of the most destructive forces in a human’s life is when a person believes they have options. If every good thing is from God (James 1:17) then there’s really only one good option, God’s will. Consider the following…

What if a person were so perfectly subservient that we might rightly call them a “slave”? Does that person believe they have options, or are they so focused on pleasing their “master” that the concept of having other options doesn’t even enter their mind? Is it fair to say that a perfect slave, though given the volition to reject their master’s will, is at the very most only tempted but never really interested in exercising their options?

I’ve been thinking about this for a long time now. It’s a difficult subtlety to explain, but it’s worth the effort, considering that our enemies tend to live and breathe, and even thrive, in the shadows of subtlety. There’s a certain phenomenon that exists only in the presence of a person who is preoccupied with their so-called “options”. Counterintuitively to the human flesh, the most content people are the ones who are so faithful that, practically speaking, their only options are to listen to and follow the commands of their master. It turns out that this phenomenon is ancient.

The idea of perfect submission is offensive to the human flesh. Conversely, it is the most attractive idea to a righteous person.

Let me give you an example using Biblical language. Suppose two slaves labor for the same master. For years they are both equally content in their lot. Their work is difficult, but their master is fair and righteous. Then one day, while one of them is working the far corner of a field, a passerby stops and says to him, “Hey, why are you working in this field so hard and for such meager wages? Did you know that just down the street there’s another master who will give you less work to do and pay you more? All you have to do is leave this place and follow me.” The implications are obvious to the slave – he’d have to defect from his master’s will, leaving his current place of peace and contentment, all that he’s ever known. Even if the slave never actually acts upon this temptation, he is now burdened with opposing options, something the other slave is not burdened with.

This is an age-old story that began in the Garden of Eden and persists today.

The serpent said to the woman, “You surely will not die! For God knows that in the day you eat from it your eyes will be opened, and you will be like God, knowing good and evil.” When the woman saw that the tree was good for food, and that it was a delight to the eyes, and that the tree was desirable to make one wise, she took from its fruit and ate; and she gave also to her husband with her, and he ate. Then the eyes of both of them were opened, and they knew that they were naked; and they sewed fig leaves together and made themselves loin coverings. –  Genesis 3:4-7

The above passage may be one of the most profound in all of Holy Scripture as it relates to options. Before the serpent appeared, God’s command to not eat from the tree of the knowledge of good and evil was so absolute in their hearts that Adam and the woman didn’t even consider other options. Up until that point, they were at peace and totally content.

In a perfect environment, there’s only one option. Obey God. That is what is good. It isn’t until a person begins to consider other options that evil seeps into the picture. It turns out that while the world tells us to “keep our options open” in every possible way, the Bible tells us the complete opposite. Jesus said, “Follow Me!”

But He turned and said to Peter, “Get behind Me, Satan! You are a stumbling block to Me; for you are not setting your mind on God’s interests, but man’s.” Then Jesus said to His disciples, “If anyone wishes to come after Me, he must deny himself, and take up his cross and follow Me. For whoever wishes to save his life will lose it; but whoever loses his life for My sake will find it.”-  Matthew 16:23-25

The ultimate depiction of subservience is to “take up [one’s] cross” (v24); it’s what the Perfect Servant, Jesus Christ, did always. Jesus was perfectly faithful to His Father despite the temptations administered at the highest level by the same old serpent from the Garden (e.g., Matthew 4:1-11). As a function of His perfection, Jesus was also always at peace. May we all be inspired by “fixing our eyes on Jesus, the author and perfecter of faith, who for the joy set before Him endured the cross, despising the shame, and has sat down at the right hand of the throne of God” (Hebrews 12:2).

The point I’m trying to make here is that when it comes to life, a slave who functions narrowly on the commands of their Master, casting off any temptations which propose alternative options, is a content slave. A slave whose heart is riddled with perceived options is a miserable slave, even if they never actually act contrary to their Master’s will. Even the time spent contemplating their so-called “options” is erosive to their peace and contentment. In the most fundamental of ways, we might consider options as simply good or evil, oriented or disoriented to God’s will, producing peace or misery. In the end, any option outside of our Master’s will is designed to sow discord in our lives. That’s what it did in the Garden, and that’s what it continues to do every day, even today. 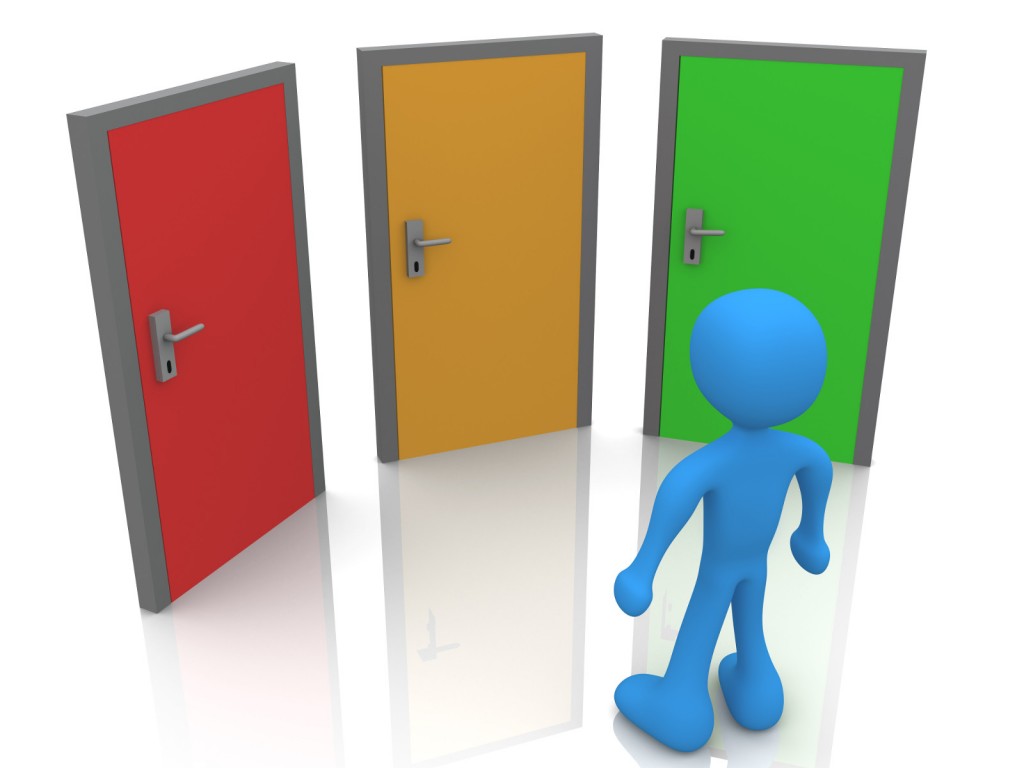 There are countless examples of this…

I think about marriage today. By world’s standards, marriage isn’t even designed to reap happiness because from the outset divorce is sown as an “option”. “Do not be deceived, God is not mocked; for whatever a man sows, this he will also reap” (Galatians 6:7). Imagine if people got married and divorce wasn’t an option, as Jesus, our Perfect Master, suggested. “What therefore God has joined together, let no man separate” (Mark 10:9). Imagine how much longer people might wait before even considering marriage. I’m talking about a mindset here. I wonder how many people would not only remain married, but be delivered from the evil of considering their options before or after. I’m not being judgmental at all…truly, I’m not. This stuff breaks my heart. I’m just bringing up examples for your consideration…

I also think about other areas of life where so-called “options” have destroyed otherwise peaceful existences. Here are a few at the top of my mind: sex before marriage, disobedience to parents, disobedience to government, disrespect for those sworn to protect us, tax evasion, lack of giving, and arguably the broadest of all categories, lack of love. Yes, our Master has commanded us to love! “This I command you, that you love one another” (John 15:17). If you exercise your “options” against this one command, how content do you really expect to be in this life? Who suffers the most when you don’t love???

While we’re all given options, there’s really only one good option, and that is whatever our Master has set before us on the narrow road that leads to life. My encouragement is that you focus on His will for you and ignore all the passersby whispering in your ear, tempting you to consider your options.