KANSAS CITY, Kan. (BP) — I’ve enjoyably tuned in to the Oscar telecasts since the age of 12. The only year I didn’t watch was in 2011. I was in Hawaii that award night interviewing the makers of the then upcoming “Soul Surfer.” Hey, who’s going to watch TV while visiting Hawaii? This year, however, I viewed the award show more out of duty than a desire to see who gets the golden boy statuette.

I confess that I preferred the days when the Oscar telecasts were hosted by men who weren’t married to other men (or walking on stage wearing only socks, shoes and underwear). When musical divas weren’t plastered with tattoos. And when at least one winner looked up and thanked their Creator. 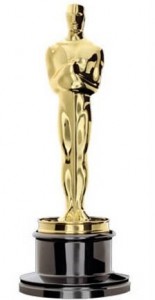 It’s an interesting phenomenon, our fascination with Hollywood’s spotlighting of 20 or so films out of the four hundred that studio publicists promised would be exceptional each year. Is that really an average they should be proud of? And why does it fascinate us so?

True, art should be recognized. And I don’t think the technical and artistic qualities of this year’s nominees can be debated. But whatever positive messages may be found in this year’s Oscar choices, most of them are eclipsed by extreme content. More than half of the eight Best Picture nominees were rated R. The rest probably deserved to be.

At some point, content has become as influential on the culture as a movie’s artistic merits. Movies are modern man’s medium for relating parables to the masses. But let’s face it, movies are most often not made to nurture the society we live in. Rather, they aim at our baser instincts. Sadly, films that uplift the spirit are few and far between. Indeed, many of this year’s film nominees seem to not just reflect our nation’s decaying moral standards, but foster them as well.

The motion picture is an art form. It follows then that the art of storytelling is most effective not just when it shows who we are, but when it suggests what we can become. But whatever Hollywood wants us to become, the industry as a whole seems determined that we achieve this goal without centering God and Christ in all that we do. Now, if that sounds a bit pious or judgmental, let me ask you, “Which films nominated for Best Picture refrained from the profane use of our Creator’s name?” None that I saw. The greatest Creator is not reverenced by Hollywood (on the whole).

Last night’s jackpot winners are among all of us who should be grateful to God. Instead, they made sure to show gratitude to their agents and their children. One guy even thanked his dog. But the Creator went unrewarded.

I honestly don’t mean this as hostility to the folks who make up the movie industry. There are many very good show business folk working to make the best product they can. And there are those in that industry who truly wish to better our world. Rather, this piece is meant to reflect on the values of those of us who represent Jesus. Why is it that we support films that ridicule biblical teachings or blaspheme our Creator? Why are we led by a medium so focused on everything but spiritual truth?

Every time we search for a movie we’re given an opportunity to resonate our regard for the Creator and signal our faith following. We should keep Christ in our focus, study God’s Word daily, and avoid that which doesn’t feed the soul.