“My first reaction was what the (expletive) is going on,” parent Raquel Morales told me. The New York Daily News described the lewd performance as “complete with gyrations, tongue gymnastics and a flashed G-string.”

The May 25th performance shocked and enraged parents, who could not believe the school district would allow a grown man to act in such a way in front of innocent children. 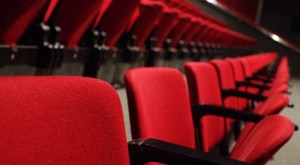 “I left the show the minute he started sticking his tongue out,” one parent told the Daily News. “I had my children with me and I wasn’t going to allow them to see that.”

Morales filmed the seven-minute routine on her cell phone. It’s jaw-dropping, folks. “People were yelling and leaving,” Morales says. “A lot of parents were saying had they known this was going to happen they would have taken their kids out after they had performed.”

The talent show was emceed by District 4 Superintendent Alexandra Estrella. And the individual who performed in drag was identified as the president of the Public School 96 Parent Association.

“The school district told me the performance was about LGBT awareness,” she said. I reached out to the district as well as the board of education multiple times. So far, they have not returned my telephone calls.

There are several issues that need to be addressed. First, who signed off on a school program that featured a kindergarten choir and a gyrating adult drag queen? Second, why is that person still employed by the school district? Third, why hasn’t the school district publicly apologized to traumatized parents and their children?

“The superintendent was the emcee—and she has a responsibility to protect all children,” Morales said. “That wasn’t a child performing. It was an adult.”