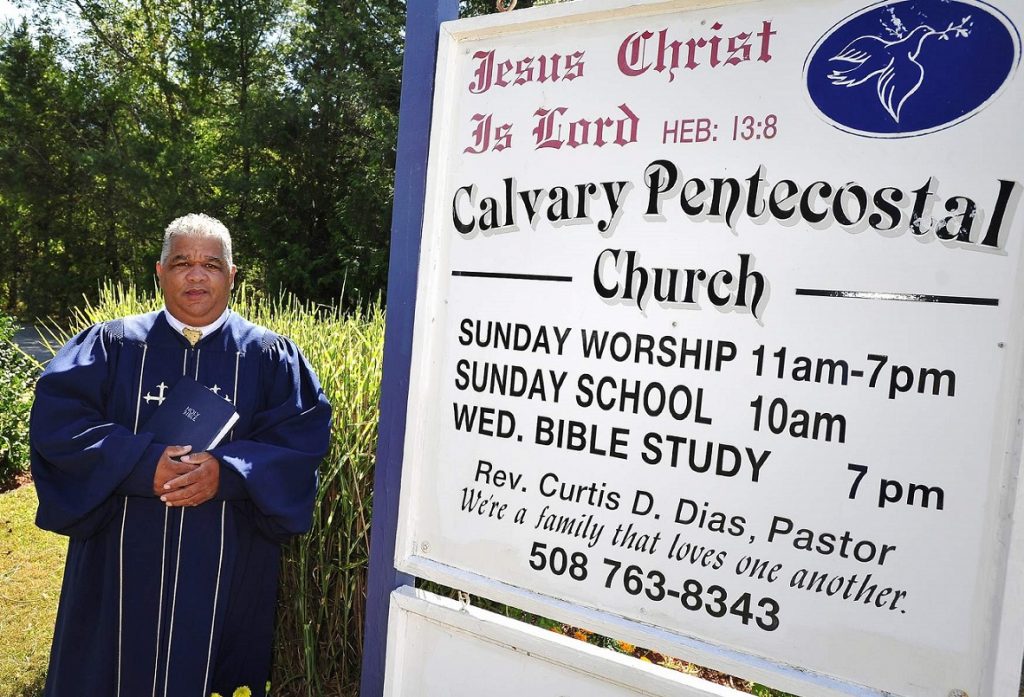 In my view, there’s nothing that Christmas can’t fix. As tedious, confusing and downright nasty this world can be sometimes, I still anticipate the celebration of the greatest gift ever bestowed upon a sinful and undeserving people with great enthusiasm. Once a year I take in as much of the goodness from that gift as I possibly can, and then try and keep it the year through. Admittedly, I have been better at this in some years and not so much in others. But that’s the reason for the gift you see, “For unto you is born this day in the city of David a Savior, which is Christ the Lord”. He came into the world a light in the darkness, a ray of hope amid worldly chaos and sin, a “Savior” for all humankind. I tell you today my friends, it is that hope, that light, that gift and frankly that truth that strengthens me like nothing else in my life. I suspect it’s been that way for me for as long as I can remember.

More recently, and since I no longer acknowledge a religion so much as a “relationship” with my Lord and Savior, the gift of Christmas is even more powerful to me. That relationship has given me insight, (by way of this worthy publication of course), but also by way of like-minded Christians who’ve helped me understand not only the meaning of the anniversary, but its legacy of giving. My interactions with Pastors, ministers and missionaries alike, have shown me in tangible ways, that the legacy of His birth is eternal in men’s hearts and bright as a star lighting the path home for the lost and seeking.

So, this month I want to tell you about a man and his journey from the darkness to the light of the world, and how that journey is touching lives this Christmas…

Like many, the Reverend Curtis D. Dias of Calvary Pentecostal Church in East Freetown MA struggled with his own demons in his younger years. His experience with drugs and alcohol changed his life and the way he views it. One of nine children, his home life was not what you’d expect, not typical, or rather stereotypical for a person struggling with addiction. Curtis grew up in a loving and secure home with hardworking parents.

The Fairfax Gardens on DeWert Avenue in Taunton MA is a housing project, now torn down), notorious for crime and violence. However, Curtis remembers a very different and family-oriented neighborhood growing up and before all of the trouble came. Dias grew up in a “loving, wonderful family,” he said. He and his eight brothers and sisters were happy and secure. His parents both had good jobs and made sure the whole family went to church every Sunday. By all appearances Curtis Dias was on his way in this life.

But normalcy and a rock-solid family foundation don’t necessarily add up to a trouble-free youth. Young Curtis, like many of his peers, would experiment with drugs and alcohol, sowing the seeds of addiction and exposing him to trials he could never have imagined. Also burdened with dyslexia, Curtis dropped out of high school at age 16 which only exasperated his drug and alcohol problem. Unable to hold a job because of his addiction and unwilling to confront the shame of being high or intoxicated in front of his family, he eventually left home. He would still exercise his God given talents as a very physical and sports oriented young man however and would even play semi-pro football. But trouble followed him, and he was nearing the defining moment in his life.

In 1986, in the small hours of the morning somewhere in the projects and high on cocaine and booze, a troubled young man felt a tug at his heart. It is true God comes to us in the depths of our lowest points, and Curtis was no different. He remembers vividly his Savior telling him, “You are better than this… You can be a better man than this”! As if touched by an invisible but overpowering force, Curtis was immediately moved to save his own life, albeit with almighty God lighting the way. 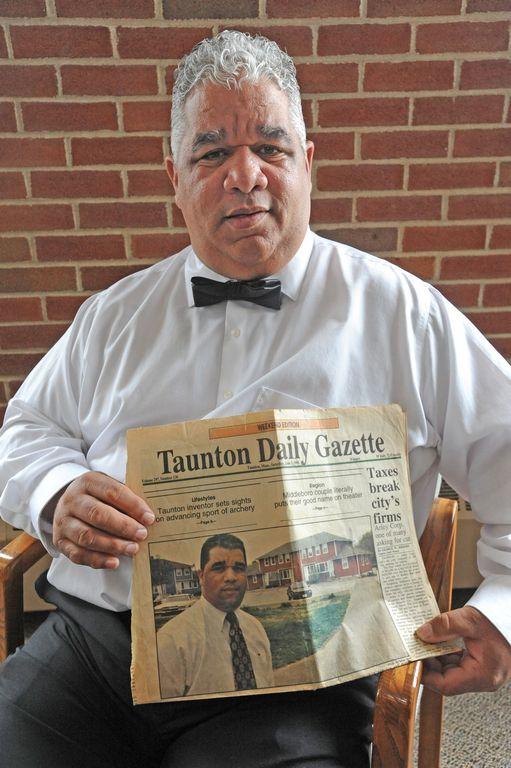 The following month Curtis began a Christian drug and alcohol program, determined to face down the “evil one” and regain control of his life. He’d tried other avenues, but none carried the faith-based solutions to the problems he knew he needed to overcome. And there were those who doubted his faith and fortitude of course, but Curtis Dias would prove them wrong and in some very profound and consequential ways for the people he would touch in the years to come.

Well that was 33 years ago and Curtis has been sober and clean without exception since, hasn’t touched so much as a cigarette. And he has made good work of his Christ course correction, getting his GED and going on to become an influential leader at the very program that helped him. He also made the Dean’s List at Trinity and has furthered his education along the way with an almost insatiable appetite for knowledge. A study of the Wilkinson formula, he began to see the road forward to a life of service to those outside the light. He would eventually return to his home church to help his retiring pastor, vowing only to stay a short time, but is still there today, and as the church’s beloved leader for more than 24 years. A devoted family man to his wife Noemi of more than 23 years and his daughter Jasmyne, who has her father’s desire and drive to never stop learning and who has prospects for the halls of Harvard University.

The now Reverend Dias attributes his successes with his ability to empathize with those in crisis. He describes many of those he helps as “fourth-world people”, the drug addicts and prostitutes that others have pre-judged and labeled irredeemable. For Pastor Dias, and for the God he knows well, there is no such thing. “They are the drug addicts, the alcoholics, the prostitutes. People think they are the scum of the Earth. But in my eyes, they’re not hoes or crack heads or thieves. They’re somebody’s sons and daughters,” he stated. He relates to them and feels their pain, and he communicates to those of Calvary Pentecostal, that “if God can help “Coco”, (his nickname), He can help anyone”.

Over the years and since he partnered with his Savior, Pastor Dias has parlayed his faith into ministries which have been nothing short of miraculous in the lives they’ve affected. From rolling ministries in the heart of troubled cities, to prison ministries where he’s fought for the souls of those that many in society have given up on, Pastor Dias continues to adhere to the motto of his church, “Reaching the lost at any cost.″

Working in the Massachusetts Correctional system for more than 24 years, Pastor Dias achieved a 90% parole rate in the lives of those he touched “behind the walls” as he says, and also touched many of the souls of the men and women who police them. Over the years of working with people struggling with addiction and “some of the roughest and toughest gang members” in Taunton and New Bedford, Dias has had many occasions to rejoice.  “I have tons of successes. I have people who reconcile with their families, go back to school, establish businesses and really excel,” Dias said. “There is life after addiction. These people have great potential. They’re very intelligent. They use addiction as a pacifier because they have so much hurt and pain. There’s a better way. You don’t have to die. You can live,” he said. 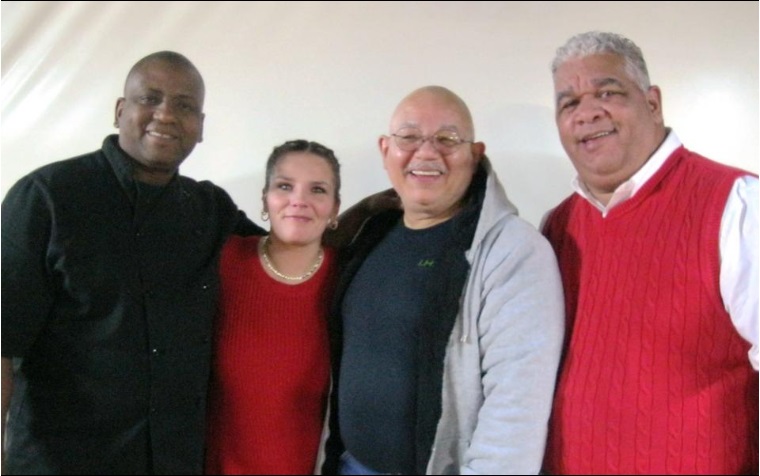 He has his own television program and oversees “Celebrate Recovery” where he continues to minister to those who’ve defeated the evil one in their lives, but who he wants to insure will stay the course. Pastor Dias has even gone into schools like Roosevelt Jr. High and into the DYS as well, to get hold of the young and restless to ensure their foundations are strong in the power responsibility and faith. He tells me there is no one he will not share the Gospel with, absolutely no one. From the homeless to those of extreme means, Pastor Curtis Dias speaks to them in the universal language of Christ’s love and salvation, and is relentless in his mission.

Pastor Dias spoke of his love for Calvary Pentecostal and how it’s a small church doing big things. From feeding the homeless and the elderly, to community days for the neighborhood and supporting missions around the world, it is in his words, “a soul saving station for every nation, with a mission to fill the great commission”.

So when we think about Christmas and its legacy of giving, it’s easy to see a man like the Reverend Dias and understand what it must be like to have been given such a gift, and then to have paid it forward in what to me seems like a never-ending chain of giving. The only thing I could think when I was talking to this man was the “Energizer Bunny”. He is truly on fire for the Lord, and at 60, shows no sign of slowing down. He did tell me however, that he will enjoy moving to the next phase of his life as it relates to what God has in store for him. He hopes to take his education even further and to apply that knowledge in even more meaningful ways to his mission(s).

So, if you’d like to be a part of the giving this season, or if you find yourself searching for answers in the meaning of Christmas, you may seek out this servant of Christ and he will not disappoint. In a time when it seems we have reached a point of no return, I pray this Christmas will be the blessing you seek, and will transform your life the way it transformed that of Pastor Curtis Dias, and me as well. “A Merry Christmas to all, and to all a good night”…

If you need counseling or would like to visit Pastor Dias, contact him at Calvary Pentecostal Church, 33 Braley Rd, East Freetown, MA 02717. You can also contact him at 508-763-8343 or visit his page on Facebook.