(ChristianPost) – A former pastor at Rick Warren’s Saddleback Church has been asked to resign as lead pastor of a church he’s served for three years after he refused to agree to its biblical position on homosexuality, fearing it would alienate people in the LGBT community. 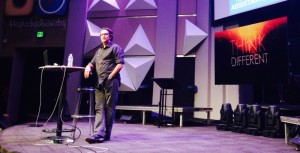 Gerald Sharon, the lead pastor at Southwest Church in Indian Wells, California, who spent 11 years at Saddleback Church serving in various leadership roles, was asked to step down from the pastoral role he has served for over three-and-a-half years since he left Saddleback because he now refuses to affirm the church’s position on homosexuality.

On June 8, Sharon submitted his letter of resignation to the church’s board of elders.

Sharon explained in the resignation letter that months earlier, he had asked church leadership to re-examine the church’s policy on homosexuality, fearing that the church’s condemnation of homosexual actions would make it impossible for members of the LGBT community to feel welcome at the church.

Sharon had called for the church to rescind its document defining the church’s stance on sexuality titled “Homosexuality and Human Sexuality.”

“However, the elders recently sent me a certified letter informing me that they had unanimously affirmed the current position of Southwest Church,” Sharon wrote in his resignation letter. “My heart sank realizing that no homosexual person who would read these documents would truly feel welcome at Southwest Church. And, if the positions held in these papers are followed, they will effectively exclude homosexual individuals from the life of Southwest.”

Sharon explained that the position change that he was hoping the church would embrace was one that is “neither affirming nor condemning homosexuality.” Sharon also wrote that on June 6, the Elders had asked for his resignation because he would not affirm the church’s stance on sexuality.

“I would not join the elders in affirming the aforementioned papers since I believe they will limit the church’s ability to love people where they are,” Sharon explained. “At their request, I am resigning as the lead pastor of Southwest Church.”

Since the church bylaws require a 30 day notice of resignation from its lead pastor, Sharon’s resignation is not effective until July 8. However, he has been relieved of his worship duties.

Dick Williams, a member of Southwest’s board of elders, told the congregants that Sharon had “shifted his position” on biblical doctrine regarding sexuality and admitted that the elders requested his resignation.

“Gerald was no longer able to state that marriage is defined between one man and one woman,” Williams said. “In order to arrive at such a place, there were many other areas of theology and scripture related to human sexuality, gender identification, marital and sexual orientation that Gerald was not able to agree with this elder board on.”

“While it is never easy to part ways with someone, each party believes this is for the best,” Williams added.

Following the news of Sharon’s resignation, The Desert Sun reports that a number of protesters gathered outside of the church on Sunday with LGBT rainbow flags and signs promoting same-sex marriage. One sign read, “Pastor Gerald is right.”

“I’d like the valley to know that not everyone in Southwest agrees with the elders and the church is not defined by the decisions made by the elders,” congregant Angel Nelson told The Desert Sun.

As Sharon claims that the church’s position on sexuality will make it hard for the LGBT community to feel accepted at the church, the church asserted in a statement on its website that everyone is welcome at the church.

“Southwest is, and always will be, a place where everyone is welcome to attend our worship services,” the statement reads. “While we realize that no one is perfect, we believe that the Word of God is. This belief motivates us to share His grace and truth in love, so that the Word of God can expose His truths to all of us.”

In light of the Orlando shooting, the church stated on the website that the scripture should never be used as justification to harm or attack the LGBT community.

“We strongly stand against those who have used the scriptures as a means to do harm or cause bias towards members in the LGBT community,” the statement added. “We believe we can disagree, while not being disagreeable. We believe in civility and healthy dialogue.”