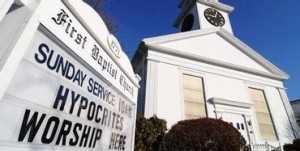 Regardless of doctrine or denomination, America’s pastors and churches are noted for teaching various dos and don’ts to their congregations. Obviously, most churches, regardless of denomination, subscribe to and teach the Ten Commandments. And, depending on the church and pastor, they can even get extremely detailed and lengthy in the don’t department–including many taboos not covered in Moses’ Decalogue. Don’t wear these clothes. Don’t listen to this music. Don’t shop at these stores. Don’t wear this hairstyle. Don’t associate with these people. Don’t miss church. Don’t fail to give your tithes and offerings. Don’t drink this beverage. Don’t abandon this program. Don’t have these attitudes, etc., etc.

And as a pastor who has been in the Gospel ministry for over 40 years, I also try to be faithful to those principles of Scripture that deal with the negative. Albeit, I hasten to say that I refuse to join the many pastors today who are as guilty as the Pharisees of old in the way they teach the traditions and doctrines of men as being synonymous with the teaching of Holy Writ–which they are NOT.

In fact, the Pharisees were the bane of Jesus’ earthy life and ministry. They were the constant thorn in his side: they rejected his authority; they harassed and harangued him; they constantly tried to incite crowds against him; they ridiculed him; they denigrated his parents; they scorned the place where he lived; they laughed at him; they led conspiracies against him; they repeatedly tried to kill him; and, finally, they crucified him. The Pharisees saw Jesus as a threat to their doctrines, their synagogues, their schools of higher learning, their politics, and, mostly, their position and authority. And he was!

If there is any single doctrine that has been universally taught throughout Church history–regardless of denomination–it is the authority of Jesus Christ. The position and authority of Christ above his church has been the most fundamental, most basic doctrine for 2,000 years of Christendom. This is the single doctrine that separates Christian believers from religious impostors, typified by the Pharisees of old. Agree or disagree on myriads of doctrines, this doctrine reigns supreme: Christ is the Sovereign Lord.

I submit that, wittingly or unwittingly, a great host of pastors and churches today have all but lost sight of this most significant and foundational doctrine. Like the Pharisees of old, their man-made traditions–and political connections to secular power–have supplanted the sovereignty of Christ over their lives and over their churches.

The Pharisees knew they were subjects of Rome, and they assisted their Roman overlords in keeping the people in subjection. As a result, the Pharisees had a very profitable and cozy relationship with Caesar’s Roman Empire. They enjoyed great financial benefits from cooperating with the Roman government and were given great latitude by Rome to govern the Jewish people. They had the power of disbarment, persecution, arrest, and incarceration. They had virtually unlimited power over the people. About the only power they did not have without Rome’s consent was the power of crucifixion.

Jesus is the Sovereign Lord. When the Pharisees accused him of breaking the Sabbath, he reminded them that he is Lord even over the Sabbath. He proved himself to be the Lord over sickness and disease, over the wind and waves, even over death and hell. And when he challenged the authority of the Pharisees, Christ was showing that he was Lord over the lives of his people in relationship to the church AND THE STATE. Jesus said, “All power (authority) is given unto me in heaven and in earth.” Christ Jesus is the one true Sovereign–the ONLY one true Sovereign. And, again, this has been the foundation of Christianity for over 2,000 years.

In fact, the entire history of the early church in the Book of Acts is the story of how believers refused to surrender the authority of Christ to any human authority–including civil government. The man who wrote Romans 13 (the Apostle Paul) spent about as much time behind bars as he did free. Who incarcerated him? Civil government. Why? Because he refused to surrender the authority of Christ to their authority. That’s the redundant history of the Church from the Apostle Paul to John Hus, John Wycliffe, Savonarola, John Bunyan, and America’s patriot pastors such as Jonas Clark and James Caldwell.

And the manifestation of this idolatry is observed in many ways. Listen to these actual statements made by pastors just recently:

“If government troops or policemen came to my home to rape my wife, Romans 13 says I cannot interfere.”

“To not obey civil government is to not obey God.”

“America’s Founding Fathers sinned when they rebelled against the British Crown.”

I could recite quotations such as these just about forever. How did this come about? How did our pastors and churches become such slaves to the state? A big reason is the church’s acceptance of the 501c3 non-profit tax-exempt status.

And since pastors and churches now believe they must surrender to the lordship of the state, they are content to ignore the great Biblical principles that relate to our political lives. Here is what the 501c3 tax code says (taken from the official IRS website):

“Under the Internal Revenue Code, all section 501(c)(3) organizations are absolutely prohibited from directly or indirectly participating in, or intervening in, any political campaign on behalf of (or in opposition to) any candidate for elective public office. Contributions to political campaign funds or public statements of position (verbal or written) made on behalf of the organization in favor of or in opposition to any candidate for public office clearly violate the prohibition against political campaign activity. Violating this prohibition may result in denial or revocation of tax-exempt status and the imposition of certain excise taxes.” 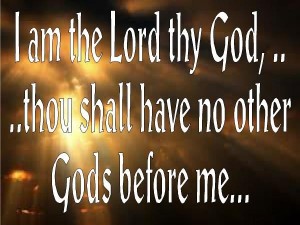 Do you want to know why pastors will not speak out against the evil practices, policies, and pontifications of our elected civil magistrates? It is the fear of violating the 501c3 statute and thereby risk losing the precious government benefit of tax exemption. Is not this tantamount to what the Pharisees did? They rejected the authority of Christ for fear of losing the benefits of Caesar.

As this column already sounds preachy to my non-Christian readers, I will go ahead and quote this passage from John 11:48: “If we [the Pharisees] let him [Christ] thus alone, all men will believe on him: and the Romans shall come and take away both our place and our nation.”

Apply this verse to many of today’s pastors: “If we preach Christ alone, the government in Washington, D.C., will come and take away our tax exempt status and our position and benefits.”

Watch this: the Pharisees rejected the person and authority of Christ for fear of the retribution of Rome. And some thirty-plus years after rejecting Christ, the Romans came in 70 A.D. and completely destroyed the Pharisees as an institution, their synagogue, their power, their riches, everything–just as Jesus predicted in Matthew 24.

Thank God, many ministers and laymen alike are awakening to the idolatry of subjecting the Lord’s Church to the shackles and tyranny of the 501c3 tax code. More and more of the Lord’s people are seeking to escape from these government churches and are looking for real men of God who will not submit Christ’s authority to the state.

Accordingly, I have launched the Liberty Church Project in an attempt to help ministers and laymen establish non-501c3 churches and Christian fellowships. We will also be helping existing 501c3 churches become a free church. The early response is incredible! We are right now in the process of scheduling meetings all over the country.

It’s one thing to curse the cowardice of the government churches. It’s another thing to band together with fellow patriot-Christians and ministers and help build a liberty church, totally free from the shackles of the 501c3 leviathan. Yes, it will take work; and this is not a task for the careless and insincere.

But for those who are serious-minded and can put together a group of like-minded folks to help, I have a team of people in place; I have the materials; I have the ability and opportunity to travel across the nation and help people start and build liberty churches. So, if you are a disciple of the Lord Jesus, and you are tired of the government pastors and churches who refuse to take a stand, the Liberty Church Project is here to help you.

However, I am convinced that what is now but a trickle of water in a parched and dusty land will soon turn into a flood of spiritual renewal as the church is set free from the chains of state bondage. Folks, the answer will never come from the White House, no matter which party occupies it, but from the church house, where the Spirit of the living God resides. 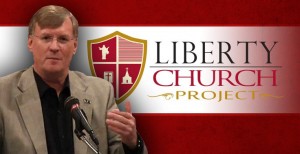 Plus, I encourage you to keep an eye on the Liberty Church Project website for the dates and places of where we will be visiting, in case we may be coming to a location near you. We also have a growing list of people who are looking for a non-501c3 church in their area. You can add your location to the list, as well.The online application is found here: Liberty Church Project Application

With all of the dos and don’ts that our churches are teaching these days, it’s time that they start shouting from the rooftops this most fundamental of all commands, “Thou shalt have no other gods before me.” And that includes the god of civil government.