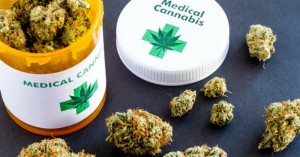 (WNS)–America’s largest association of pediatricians is pushing back against a growing perception that marijuana is safe for teens.

The American Academy of Pediatrics (AAP) on Feb. 27 published a clinical report in the journal Pediatrics warning that nationwide marijuana legalization efforts have led to more access, stronger drugs, and lower perceived risks. More teens and adults think marijuana is harmless, even healthful.

“Parents will say, ‘I use moderately and I’m fine with it, so it’s really benign and not a problem if my kid uses it,’” said Seth Ammerman, co-author of the report and a Stanford University pediatrics professor.

But it is a problem, argues the report.

And those results are heightened by the potency of today’s marijuana, the report says. The varieties teens are smoking today are nearly four times stronger than what their parents smoked in the early 1980s. The concentration of THC, the psychoactive part of the marijuana plant, increased from 4 percent in the early 1980s to nearly 12 percent in 2012.

Even so, Sheryl Ryan, a Yale pediatrics professor and the report’s lead author, says marijuana “is the drug of choice” for her teen patients in New Haven, Conn., who think daily use is safe because their parents or grandparents smoked pot in college and turned out OK.

The report pushes back on that assumption.

Adolescent brains, especially the areas that control judgment and decision-making, are not fully developed until the early 20s. The report cites studies showing heavy marijuana use—20 or more times a month—can cause potential abnormalities across a number of brain regions. Long-term use has negative effects on intellectual function as well. Even if a person stops using marijuana in adulthood, studies show they do not recover the lost brain capacity. Also, as with any substance, the earlier a person starts using, the more likely it will become an addiction.

“We would rather not mess around with the developing brain,” Ammerman concludes.

Marijuana legalization advocates counter that it is unclear if legalization has caused a spike in recreational use by teens. Some states have seen increases, while others, including recreational-marijuana pioneer Colorado, report no change to teen usage. They also argue for the medical benefits for adults, as well as teens and children. But a recent study found few medical benefits from marijuana.

Since the 2016 elections, eight states and the District of Columbia have legal recreational marijuana use for adults, and 28 states now have medical marijuana programs.