(WNS)–Planned Parenthood filed suit Jan. 14 in federal court against the Center for Medical Progress (CMP), accusing the group of conducting “a complex criminal enterprise conceived and executed by anti-abortion extremists.”

The abortion giant claims CMP founder David Daleiden and his team broke laws in several states, as well as federal laws, by secretly taping private conversations and trespassing, using fake identities to gain access to Planned Parenthood facilities. Daleiden conducted a three-year, undercover operation, during which he posed as a fetal-tissue buyer and secretly taped Planned Parenthood executives and abortionists talking about the group’s methods of and payments for procuring the bodies of aborted babies for scientific research. CMP began releasing videos from the operation in July. 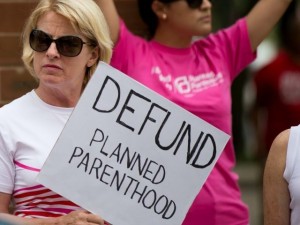 Until now, Planned Parenthood has left legal action against CMP to others.

Planned Parenthood did not respond to WORLD’s request for access to the press call.

The lawsuit is not unexpected, and Daleiden does not seem particularly worried about it.

“GAME ON, PLANNED PARENTHOOD!!! I look forward to taking your depositions,” Daleiden said in a CMP Twitter post.

In a longer statement, Daleiden noted the CMP videos did their job by getting lawmakers and the American public to think about Planned Parenthood’s public funding sources, which make up about 50 percent of its budget.

“Now they are filing a frivolous lawsuit in retaliation for CMP’s First Amendment investigative journalism that has done nothing more than tell the truth about Planned Parenthood’s lawless operations,” Daleiden said. “This last-ditch move of desperation is going to expose all of the sordid dealings of the California Planned Parenthood affiliates to the light of the legal system, and the public will see them for the corrupt abortion and baby body-parts profiteers that they really are.”

In its suit, Planned Parenthood claims the videos gave millions of people the false impression of its work by claiming it “violated the law and acted improperly.” But the bigger concern seems to be over a potential loss of funding at the state level. The suit names 10 states that conducted investigations into the abortion giant’s practices and ultimately cleared them of wrongdoing. But efforts to revoke federal funding managed at the state level are ongoing elsewhere and could put a dent in the organization’s revenue.

The suit also claims CMP’s actions created an unsafe environment for its staffers and patients, pointing to the shooting at a Planned Parenthood facility in Colorado Springs, Colo., in November. In a jailhouse interview with a Colorado television station last night, shooter Robert Dear said the attack wasn’t premeditated but decided on the spur of the moment.

Planned Parenthood is asking for as-yet unspecified compensatory, statutory, and punitive damages. Its lawyers estimate the case could take up to 18 months to litigate.

The suit also names Operation Rescue president Troy Newman and several others involved in the undercover operation as defendants.