Planned Parenthood vs. Gun Violence – Hypocrisy Greater Than the World Itself 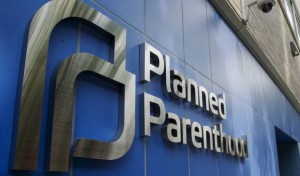 With the help of some simple math, statistics and basic honesty, this article could write itself. To clarify, guns are not the main topic.

To this writer, it is not the Second Amendment, gun manufacturers or the NRA that is behind America’s rash of gun violence. It is a generation-long plunge into Godlessness that robs people of hope, faith and morality. Add to that the slaughter of innocent unborn babies to the tune of 60 million since 1973, and these two are what make today’s nascent disrespect for life easy to understand.

Then comes the pseudo-science of Darwinism that presumes to tell us when life began billions of years ago, but they are as yet unable to say for sure when life begins in the womb. They insist the newly forming human being is a lump of tissue and can freely be discarded at the whim of the mother or the murderer, depending on what nomenclature you choose.

In a world where mankind insists that the only reasonable formula for ascertaining truth is, “Seeing is believing,” it doesn’t seem to work when it comes to the matter of when human life begins. We needn’t call in Dawkins, Hawking (too late) or Einstein (way too late) because using their favorite formula leaves us in an area that can only be referred to as rank absurdity.

For the sake of argument, if we use their formula, what happens? What we see is mangled bodies, bloody torsos, little bloody fingers and decapitated human heads — all the visible product of the abortionist’s scalpel. It is not, after all, just tissue, but it is altogether human.

How do you make them see? Can we rub their faces in all this blood and flesh like we were trying to house train a puppy? How do we break through to a tricked-out conscience? If they refuse to engage their own favorite formula, why do we give them a scintilla of credence? 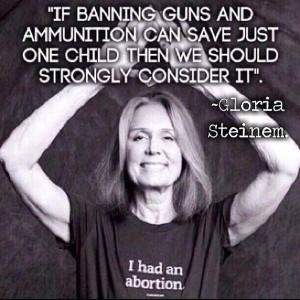 As appellations go, it may seem soundly appropriate to call Planned Parenthood the great “Apollyon” (Revelation 9:11) of this generation, rather than guns and those who use, or at times misuse, them. Let’s see why.

According to the U.S. Army History Military Institute, the greatest number of casualties lost in all our wars was the 630,000 who died in our own Civil War. Combining the death tolls of World War I and II results in just over 500,000 Americans lost.

In fairness we may only parallel those deaths by war and gun violence that have occurred since the inception of the Supreme Court ruling of Roe v. Wade in 1973, which allowed the indiscriminate killing of unborn babies throughout the land. That figure rounds out at approximately 65,000 deaths by guns and war against the 60 million deaths aided by Roe and Planned Parenthood.

The death of unborn babies under the auspices of Planned Parenthood is now 1,000 times greater than all deaths attributable to war and gun violence since 1973.