(WNS) -A new legislative bill in Portugal could require women to get counseling before abortions and cover part of the expense themselves. 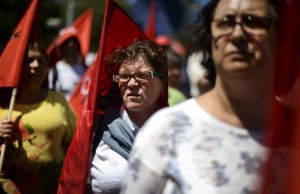 In 2007, Portugal passed an abortion law that allowed women to have a state-funded abortion up to the 10th week of pregnancy. But under the new amendment proposed Wednesday by center-right lawmakers, women would be charged the equivalent of up to a $55 to have an abortion.

They also would be required to get psychological and social counseling and attend family planning sessions before ending their pregnancies. The legislation still needs a final presidential approval.

“The new law in Portugal is a small step toward a more holistic approach to reproductive health,” said Stephen Phelan from Human Life International, adding women are not usually warned of the physical and emotional side effects of abortion.

Before the 2007 abortion law, women who had abortions in Portugal faced up to three years in prison, except in cases of rape or danger to the mother’s health. In 2013, Portugal recorded 17, 414 abortions, the lowest since the country decriminalized the procedure.

“For women’s and children’s sake, I hope the law lowers the abortion rate,” Phelan said. Other countries like France, Germany, and the Netherlands still offer subsidized abortions to their citizens. Malta remains the only country in the European Union to prohibit all abortion.