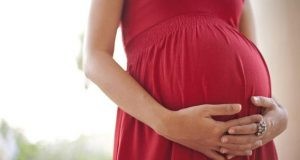 (NaturalHealth365) The NHS Vale of York Clinical Commissioning Group (CCG) of England is urging pregnant women and the elderly to line up for their free flu vaccine. However, they fail to warn about the vaccine dangers associated with the flu shot – especially for any woman expecting a child.

The free flu vaccination initiative is part of the “Stay Well This Winter Campaign” of National Health Service (NHS) England and Public Health England. The reality, this campaign is an ineffective attempt to offer public ‘protection’ against the flu – which tends to be more prevalent during the cold winter months that lower our sunlight exposure and vitamin D levels.

Pregnant women should know that there is “insufficient data on FLULAVAL QUADRIVALENT in pregnant women to inform vaccine-associated risks.”  And, this quote is directly from the flu vaccine insert. (see page 14 – of this document)

The free flu vaccine can be obtained from any GP or qualified healthcare practitioner in the country. In addition to pregnant women and the elderly, children ages 2 to 8, caregivers and persons with a long-term health condition may all receive the free flu vaccine.

However, even as British health organizations are pushing for ‘sensitive groups’ to receive this free vaccine – medical data keeps coming out about the vaccine side effects and dangers of these shots.

A study by the U.S. Centers for Disease Control and Prevention (CDC) – which was published in the journal Vaccine – found a correlation between the flu vaccine and spontaneous abortions/miscarriage in pregnant women.

Miscarriage during pregnancy between the years 2010 and 2012 was far more likely when the woman had back-to-back annual flu vaccinations. The researchers suspect that the toxic ingredients in flu shots including aluminum and thimerosal (mercury) are to blame.

The study was begrudgingly conducted by the CDC after recommending in 2004 that pregnant women get the flu shot – no matter what trimester they were in. In general, the CDC seems to be in the business of promoting any and all vaccines and suppressing research that indicates they might be dangerous.

And, when you consider the fact that the CDC buys about $4 billion of vaccines – they have lots of incentive to push the vaccine agenda for the pharmaceutical industry.

The study found a shocking 400 percent increase in miscarriages in pregnant women who received flu shot vaccines in consecutive years. By contrast, women who did not receive the flu shot were exponentially more likely to have a healthy pregnancy and carry to term.

Flu shots have also been linked with a weakened antibody response to future flu shots.

The neurotoxin mercury is considered unsafe for humans at any level; however, some flu shots have been found to contain over 50,000 ppb of this heavy metal. This is 25,000 times greater than the legal limit set by the U.S. Environmental Protection Agency (EPA) for drinking water.

Given the CDC’s track record for protecting big pharma, it is surprising these study results ever saw the light of day. The fact that the British government is now pushing flu shots onto pregnant women and other vulnerable groups is beyond appalling.

Simply put, the best wellness program for pregnant women is to teach them about the healthiest immune-boosting foods to eat plus how to properly use nutritional supplements – as needed. Government agencies have no idea how to stay healthy – so, it’s up to us to get educated.