Pressing Heavenward to Win the Prize

GROVE, OK (ANS) — “I press on toward the goal to win the prize for which God has called me heavenward in Christ Jesus” — Philippians 3:14 (NIV).

Today, I’m pressing on. It’s Friday morning and I’m in my usual spot facing my computer screen. I’ve prayed, “God, please give me the words to reach the people that You want me to reach.”

When I began this journey, I had no idea I’d still be writing a weekly column almost 12 years later. I don’t share this out of pride but out of humility. While I’ve always loved writing and reading, my post-retirement plans from a 30-year teaching career didn’t include a weekly Christian column. But God had a better plan.

Recently, I was visiting with a fellow classmate. We both graduated from a rural Oklahoma high school in 1971. Like me, Duane doesn’t see retirement as a time to sit and rust.

When I speak to groups, I always share with them something I learned from a man who is still going strong in his 90s. When I first met Jack, he was in his late 70s. Because of my relocation to a new community, I was attending a different church and was changing my membership.

Newly retired, I didn’t know what to put in the line requesting my employer’s name. I wrote “retired” in the blank but then scratched it out. Jack, who had given me the paperwork to fill out, was sitting nearby waiting for me to finish. With a smile, I neatly printed the word “God” in the blank for employer.

When I handed the paperwork back to Jack, I commented on the scratch-out and told him why I had changed it. “When I was younger,” I said, “the word ‘retired’ sounded like something old people did. I’m only 51 and I don’t feel old. I’m just starting a new chapter in my life and God is my employer.” 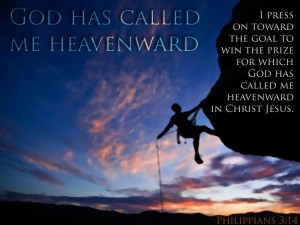 Without hesitation, Jack said something I’ve never forgotten. “You won’t find the word ‘retirement’ in the Bible. It’s called redirection.”

When I first shared Jack’s statement with a group of women I was speaking to, I said, “As long as you woke up breathing this morning, God still has a plan for your life. It doesn’t matter how old you are, you can still serve Him.”

After my statement, one elderly woman spoke up. “I’m housebound. I don’t drive anymore and my arthritis keeps me from doing a lot. How can I serve God?”

I asked her: “Can you call friends and encourage them? Can you pray for those who are hurting and lost? Can you write a letter or send a card to let others know they are not forgotten?”

I witnessed a smile as the woman replied, “I can do that!”

While the Bible does not record the method of the Apostle Paul’s death, sources believe he was between the age of 62 and 68. Others mention his age as even younger — 58. However, we do know Paul never stopped serving God. He continued to press on until his death.

What about you? Are you pressing on?