Pro-life Film ‘Voiceless’ to Get Advance Screening in Front of the U.S. Supreme Court

WASHINGTON, – After initially denying Church on the Hill and Movie to Movement’s request to preview the groundbreaking new film “Voiceless” in front of the Supreme Court on October 2, Court officials have granted permission.

After two weeks of communications and meetings with Court officials, in which the screening request was denied three separate times, and less than 48 hours away from filing a lawsuit to assert Church on the Hill and Rev. Patrick Mahoney’s First Amendment rights, the Court reversed course and settled on a plan to screen “Voiceless” in front of the Court. 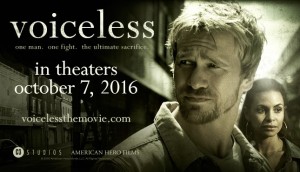 According to organizers, this is the first time the Supreme Court has ever permitted a film to be shown in front of the Court. This is not only a historic victory for free speech and the First Amendment, but also a powerful opportunity to give a voice to the millions of innocent children who have no voice of their own.

The award-winning film “Voiceless” introduces viewers to a discharged soldier who discovers an abortion clinic operating across the street from his Philadelphia church. He struggles to motivate his church to get involved in protecting unborn babies, and eventually must decide whether to risk it all to fight for what is right.

Filmmakers say that “Voiceless” is the first pro-life film that powerfully addresses the reasons why most people don’t engage the injustice of abortion. This film is brilliantly designed to inspire and motivate the church to action.

Rev. Patrick Mahoney, Pastor of the Washington, D.C. based Church on the Hill and Director of the Christian Defense Coalition states, “We celebrate this historic victory for the First Amendment and free speech by showing the film ‘Voiceless’ on the most hallowed public space in America.  That is, the public sidewalk in front of the United States Supreme Court. As we had to fight to have this powerful film shown, we will continue to be a loud and prophetic voice for human rights and justice working to end the violence of abortion.  We will continue to be a ‘voice’ for the ‘voiceless’ until abortion ends up on the scrapheap of history like slavery and segregation.” 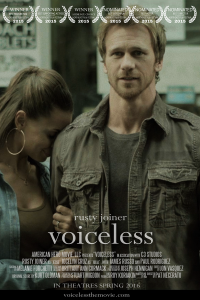 “Voiceless” Executive Producer Jason Jones said, “I served as executive producer on Voiceless and founded Movie to Movement to use art to overturn laws that deny legal protection to the child in the womb. We are making a statement at the Supreme Court that the child in the womb demands full legal protection from the violence of abortion, and even if the Court refuses to recognize the inalienable rights of the human person, we will continue to proclaim them through the power and beauty of film.”

Constitutional attorney Catherine Glenn Foster said, “This is an unprecedented victory for the First Amendment, and we are delighted that the Supreme Court is partnering with us in affirming the constitutional rights of all Americans. On October 2, we will be screening the powerful pro-life film ‘Voiceless’ in front of the Supreme Court, the first film ever permitted to be shown there. We are using this historic opportunity to give a voice to the more than one million children tragically aborted every year in America alone, and invigorate the church to speak out against the violence of abortion. The First Amendment guarantees that every American can use his or her voice to advocate for life, and this film reveals the need for each one of us to honor our duty to speak out for the least of these, our fellow man.”

“Voiceless” will be shown on Sunday, October 2, at 6:30 P.M. on the eve of the Supreme Court’s 2016 Term and in the midst of a heated presidential race, with both candidates making the Supreme Court a central issue in their campaigns. There will be also be a candlelight prayer vigil as part of the October 2 film presentation. “Voiceless” opens in theaters nationwide on October 7.