Last week was a very difficult week for pro-life Americans. First, we solemnly marked the anniversary of Roe v Wade, 300,000 attended the March for Life. Since that Infamous Supreme Court 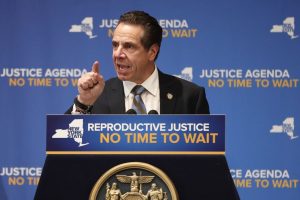 decision was handed down in 1973, more than 61 million babies have lost their lives to abortions.

Then abortion activists decided they wanted to go after a group of pro-life teenagers who support the president. They called these kids horrible names and falsely blamed them for harassment and violence. They even went as far as trying to doxx the kids and subjected their school to threats of violence. As usual, the liberal media was a willing accomplice. 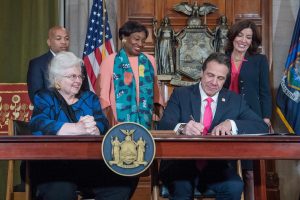 And then New York Governor Andrew Cuomo signed into law a bill that would legalize abortions up to birth in New York state. The new law overturns every pro-life law on the books and even revokes protections for babies who are born alive after failed abortions. Now, other states are looking at following suit including New Mexico, Rhode Island and Vermont.

The pro-life movement must fight back! We can’t continue killing another 61 million unborn babies. We can’t let abortion advocates trash pro-life people. And we can’t let our country allow abortions up to birth on tiny, helpless, unborn babies.

Please prayerfully consider getting involved in this fight. Keep prolife advocates and their organizations in your prayers. If you have the time get involved, there’s so much that needs to be done. Funding is always an issue, so please donate to a local prolife group. There are many to choose from but the leaders in the fight are RI Right to Life, MA Citizens for Life and Carenet-RI.