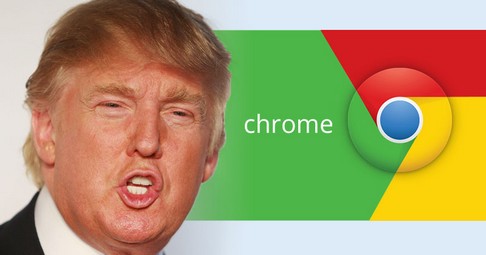 According to a number of subscribers and readers of the conservative Internet publication, NewsWithViews.com, readers are being falsely informed by a popular web browser, Google Chrome, that “malware” exists on the web site, specifically columns that address political and social issues from a conservative or libertarian perspective, according to several writers and the editor at NWV.

Readers attempting to access NWV content were met by warnings that falsely claimed “malware” that was hazardous to personal computers existed on the web site. A number of emails were received by the NWV editor complaining about the problem and saying they were fearful of damaging their desktop or laptop computers by accessing news stories and opinion columns.

For example, one of the top columnists, Kelleigh Nelson, who frequently writes on political issues had problems with readers not being able to access her opinion pieces appearing on NWV. Kelleigh is 100% pro Trump.

“A number of my readers [had] emailed me that when they tried to access my archived articles, a malware warning would always pop up. All of them were using Google Chrome when this happened,” said Nelson. “I immediately alerted Paul Walter, Senior Editor of NewsWithViews.com, and he did a virus check. Nothing showed as being malware within any of my archived articles.”

Ms. Nelson believes that Google Chrome covertly putting these malware warnings on every article they politically disagree with, and she believes that NewsWithViews is not the only target. There are other websites being targeted, including The Marshall Report, and The Conservative Tree House. “If you want the truth in these and other articles, then use any other search engine and the articles and websites will come up, just not with Google Chrome,” said Kelleigh Nelson.

Following a lengthy investigation by the NWV editor, Paul Walter, it was confirmed that the “malware alerts” were the product of only one web browser: Google Chrome. All of the complaints regarding “malware alerts” were generated by readers who were Chrome browser users. Those readers using the other Internet browsers such as Firefox, Safari, Explorer, and other popular browsers were not experiencing this suspected form of censorship.

“It appears that Google Chrome is the only browser suspected of deceptive political activity that benefits the Democratic Party especially in this heated [presidential] election cycle,” said political consultant and attorney Michael Baker. “In fact, other web sites are experiencing similar problems and they all trace them to Google Chrome.”

Baker said that reputable news and information web sites such as Breitbart’s series of web pages and the Conservative Base are also experiencing the same problems with Google Chrome. “It’s a safe bet that if it’s happening to these top sites, it’s probably happening to the lesser-known sites with fewer visitors,” he said.

When NWV senior editor Paul Walter received complaints from both readers and some columnists about the suspected malware hoax, he contacted his Internet hosting company on March 10, 2016 located in Los Angeles and N.J. for a complete examination of the NewsWithViews.com web site and their dedicated server. The company reported conducting full scans and exams of NWV and found no evidence of there being any type of malware or virus within the system. NWV was given a clean-bill-of-health by the hosting company and yet, the complaints kept pouring in from all over the country about the malwere problem that didn’t exist.

Walter said “I’m almost 100% certain that you won’t be able to find this news article on the Google search engine.” 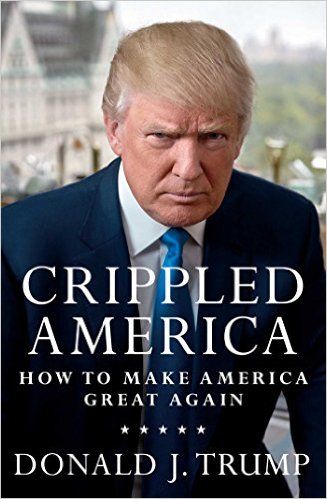 In the case of another web site experiencing the exact same problem with malware alerts where there were none, Conservative Base which coincidentally, like NWV, supports the candidacy of GOP presidential hopeful Donald Trump.

The Conservative Base’s webmaster, Ben Thole, also conducted virus scans and the like and also found there were no problems with the web site or the server. Thole is an experienced web site designer and webmaster who has worked for the Republican Party, celebrities and companies that require first-rate Internet coverage.

Besides the Chrome browser, when Internet users are conducting a search with Google’s search engine they are warned that the web site itself may harm your computer.

This is an actual example of those insidious messages that are designed to detour visitors to other web sites:

NewsWithViews.com columnist, Ron Ewart, President of the National Association of Rural Landowners, when he discovered the activities of Google, launched his own action against the media giant.

During a telephone conversation with this reporter, Mr. Ewart mentioned his own investigation and a column he will have published by NWV that reveals the political ties between the Democrat Party and the Google founders, Larry Page and Eric Schmidt. He also reports that there are thousands of Google employees who are also in cahoots with the Democrats:

“Few Silicon Valley companies have ever embraced a political party as passionately as Google has. Its executive chairman, Eric Schmidt, has been described as a “kind of guru” to President Obama’s campaign manager, and Google employees emerged as the No. 2 donor to the Democratic National Committee in the last election,” stated Ewart.

Ewart also mentioned during the telephone interview with this NWV reporter that the Google Chrome Malware Alerts suddenly appeared on conservative articles right after Donald Trump, during a televised rally with 20-thousand cheering supporters, held up an article from the NewsWithViews.com website that verified he assertion about media bias and the NWV website received an astounding 1,000,000 hits in just one day.

Efforts by NWV to contact Google and discuss these serious allegations met with negative results. The person who only gave the name “Heather” said the Google browser is not involved in politics.

However, Ron Ewart wrote a thorough letter to the Google executives Larry Page and Eric Schmidt, which he plans to publish on NewsWithViews.com.

“I hope conservatives will start to take action,” said Ewart. “The whole political system is corrupted and people must awaken and take action before ‘malware alerts’ will be the least of their problems,” he added.

Besides the covert activities suspected, a new Google Chrome “extension” allows users to scrub mentions and photos of Donald Trump from their b 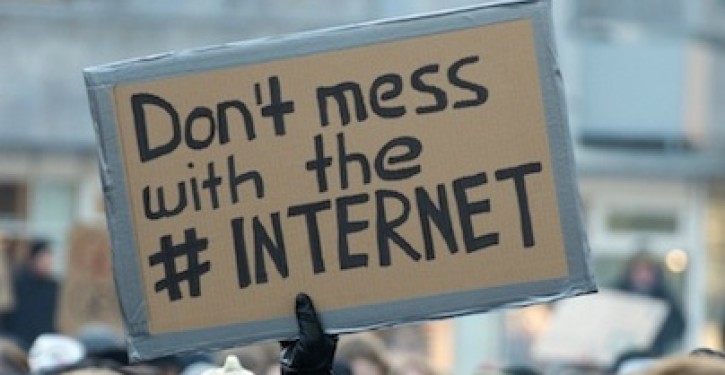 rowsing experience. Trump Filter is a Chrome extension that searches websites for references to the Republican presidential candidate and replaces it with a blank space.

“Eliminate Donald Trump from all your web browsing without leaving the Internet,” a description for Trump Filter boasts. “In a political atmosphere where ascendance can be manufactured through attention, the only way to deflate Trump’s political star is through suffocation. Trump can only lose if we turn off the TV.

“Thus, the Trump Filter is presented as part of the antidote for this toxic candidacy. This Chrome extension will identify parts of a web page likely to contain Donald Trump and erase them from the Internet. Share with your friends and eliminate the only currency Trump can spend to win: brand recognition,” the description reads.

“I hope folks will take this opportunity to learn more about the wide field of candidates out there,” Mr. Spectre told CNN.