SCOTTSDALE, Az. – Subscribers to Pure Flix Digital’s streaming video on demand service will have the opportunity to get exclusive showings of the acclaimed movie “Woodlawn” beginning tomorrow on PureFlix.com. 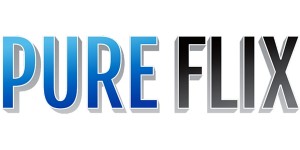 The release of “Woodlawn” follows other original exclusives on Pure Flix Digital’s streaming platform, including “Faith of Our Fathers,” “Do You Believe?” and “Until Forever” and leverages the rising popularity of Christian films being released by Pure Flix Entertainment and other movie studios as safe, faith-driven alternatives to traditional Hollywood fare.

The service currently streams more than 3,500 titles, including movies, documentaries, educational programs, TV shows and more, including exclusives that are only available to PureFlix.com subscribers. Content can be viewed virtually anytime, anywhere on smartphones, laptops, tablets and most televisions.

“Faith-based consumers are clearly looking for movies like ‘Woodlawn’ that have wonderful story lines and strong Christian themes that will resonate with their families,” said Greg Gudorf, CEO of Pure Flix Digital. “We’re excited to offer the movie exclusively to our subscribers on our streaming video platform as we continue to provide wholesome entertainment options.”

Set in Birmingham, Ala., during the ’70s, “Woodlawn” focuses on how a high school football team and its star player embrace faith and courage to overcome significant social and racial hurdles. 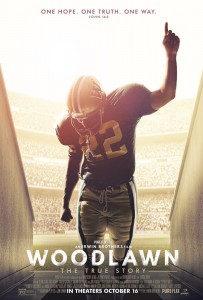 Based on a true story, the movie offers outstanding performances by Sean Astin (as sports chaplain Hank Erwin), Jon Voight (Paul “Bear” Bryant), and Caleb Castille, who as running back Tony Nathan, balances his athletic prowess with faith, courage and fortitude.

In one of the key scenes of the movie, Hank tells Tony: “If you play for yourself, you can be great. But when you play for something higher than yourself, that’s when something extraordinary can happen.”

And extraordinary things do happen for Tony and his team. Woodlawn High enjoys unprecedented success using its talent and faith-fueled unity, while Tony goes on to play on the collegiate and professional level.

In its review of “Woodlawn,” the PluggedIn.com blog noted: “Whites and black separated by prejudice embrace one another and work as a team. Rival teams and coaches who once despised one another become brothers in arms. And a city torn by strife takes some significant steps toward reconciliation. All because of the fire lit by one man [Nathan] who chooses to do a courageous thing: share his faith and encourage others to do the same.”