Sen. Rand Paul (R-Ky.) quickly declared victory recently, praising conservatives for “standing up against ObamaCare Lite.” “I applaud House conservatives for keeping their word to the American people,” Paul said in a statement.

Republican leaders pulled their bill to repeal and replace ObamaCare on Friday afternoon, acknowledging that it was headed toward defeat. Paul — who has been a top antagonist of the House bill — added that “I look forward to passing full repeal of ObamaCare in the very near future.”

Paul and other House conservatives have offered an alternative repeal bill that mirrors 2015 legislation cleared by Congress but vetoed by then-President Barack Obama. The bill would effectively separate repeal and replace into two separate pieces of legislation, a move that would likely draw pushback from a coalition of moderate lawmakers. 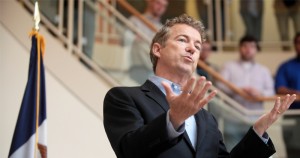 GOP lawmakers haven’t signaled that they are preparing to take up another healthcare bill, instead telling reporters that they didn’t have a plan B.  “I have no idea because we have not discussed a plan B,” Rep. Mark Walker (R-N.C.) told reporters.

Senate leadership also signaled this week that they weren’t preparing a backup plan if the House couldn’t pass its repeal and replace bill. “I’m not aware of any backup plan,” Sen. John Cornyn (Texas), the Senate’s No. 2 Republican, told The Hill. “I think our plan B is the same as our plan A.”

The Senate will focus on Neil Gorsuch’s Supreme Court nomination ahead of a two-week recess, and lawmakers are expected to focus on avoiding a government shutdown once they return. President Trump told The Washington Post on Friday afternoon that he is moving on from healthcare after the House GOP pulled its bill.