Da’ Truth shared about the idea of truth, God and religion. He tweeted some of the lyrics to his new song from the upcoming album, It’s Complicated, and thousands, even listeners from NGEN radio and Jam The Hype, shared concerns and questions on whether or not the artist was second-guessing his faith. 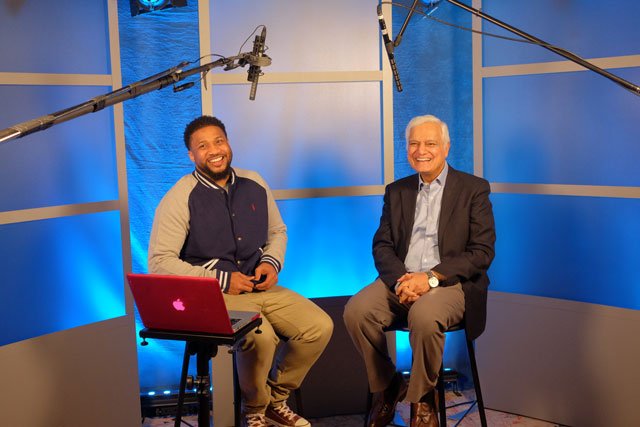 It was later revealed with the release of his new video for “Religion” that Da’ Truth wasn’t confused about his Christian beliefs but instead was only sharing lyrics from his single that features counter-arguments of his skepticism by internationally respected Christian apologist and author Dr. Ravi Zacharias.

The real-life discussion between the multi-talented artist and Zacharias explored the complexities of religion, which is also the theme of the new album.

“Yes, I wanted to reveal my single, but more than that, I wanted to share REAL thoughts and concerns that I have struggled with throughout my life,” explains Da’ Truth in a statement released to The Christian Post. “Is there one true religion? Is it arrogant to be exclusive? Can we be certain that Christianity is the only religion that God acknowledges as true? Many people, Christians included, struggle with these questions, and I want them to know they aren’t alone. Through this song and my entire album, I want to provide a soundtrack that articulates some of the internal twists and turns that people experience concerning exclusivity in religion and ultimately start a discussion among each other and together we can resolve the one that has to be true.”

The two unlikely collaborators both have tweeted pictures of themselves together and are noticeably excited to share the new song with the world. Sharing in their enthusiasm fans on social media have also flooded their pictures and video with feedback.

In the song, Da’ Truth reveals that his Christian upbringing as a pastor’s kid still led to a period in which he began to question God and the idea of religion. While he arrived at the conclusion that there is “only one true God,” he knows that others face the same question every day, but may not feel comfortable addressing them.

Zacharias has been known to tackle some of life’s toughest questions when it comes to faith and religion. The minister likewise boldly spoke out on the track.

This topic is just the beginning of what the Pennsylvania emcee has in store with the upcoming tracks of his highly-anticipated forthcoming album release. For more information on Da’ Truth, visit TruthOnDuty.com