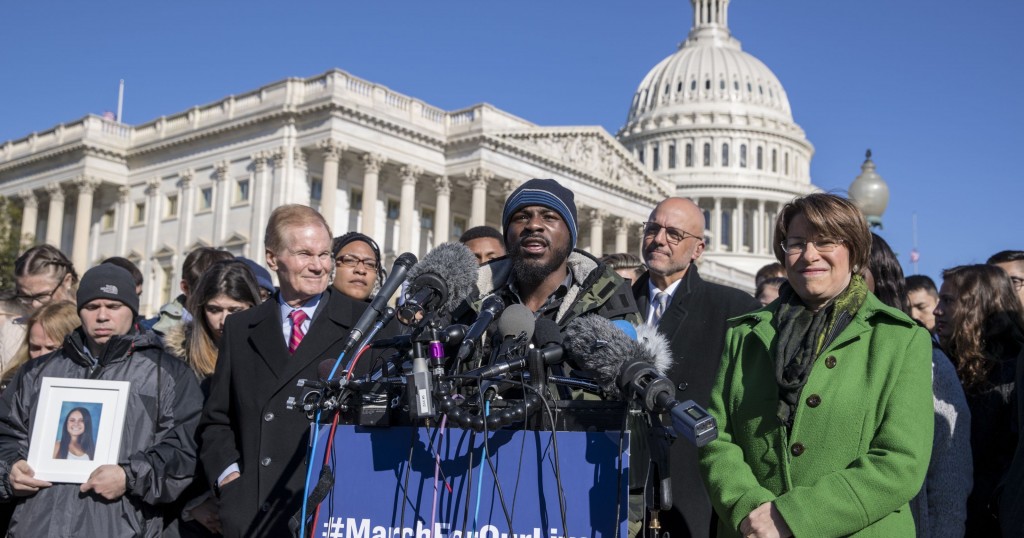 It took the State of Florida all of one week after a Republican house, senate, and governor passed one of the most draconian gun control bills in U.S. history to begin implementing the so-called red flag portion of the law that allows law enforcement officers to confiscate the firearms of any individual “suspected” of suffering from mental illness. The 56-year-old man was given no trial and no due process. The gentleman had committed no crime, no act of violence—not even the threat of violence. The State said the man MIGHT be crazy, so they confiscated his guns. Of course, all we have is the government’s version (and that of their lackeys in the mainstream media) of the man’s behavior that they say warrants his guns being confiscated.

As I have previously reported in this column, Washington State, Oregon, Indiana, California, Connecticut, and Rhode Island (the governor of Rhode Island issued a “red flag” executive order) are doing the same thing Florida did, as is Illinois, where a “red flag” law has already passed the Democrat-controlled State House of Representatives and Senate. And the Republican governor is sure to sign it into law.

In addition to the above 8 states, 22 other states have “red flag” laws pending—as does the federal government.

I note the individual states that have either already passed or are currently in the process of passing these Marxist “red flag” laws in this column. Read it to see if your State is currently proceeding with “red flag” laws:

Folks, this is a HUGE step on the slippery slope toward totalitarianism. Allowing the government to decide who is mentally unfit to own a firearm without due process is patently Stalinesque.

Really? We are going to let the government tell us who is crazy?

Politicians and government officials are already on record as saying that people who believe in the New World Order or the Second Coming of Jesus Christ are mentally ill. Police agencies in the State of Missouri (and other states too—Missouri just got caught) are on record as saying if you oppose the Federal Reserve, the United Nations, the North American Union, abortion-on-demand, illegal immigration, etc., you might be a “dangerous extremist” and other such labels of mental instability. Christians, conservatives, and constitutionalists are often labeled as crazy by various people in government. Some even say that ANYONE who simply owns a gun is mentally ill. 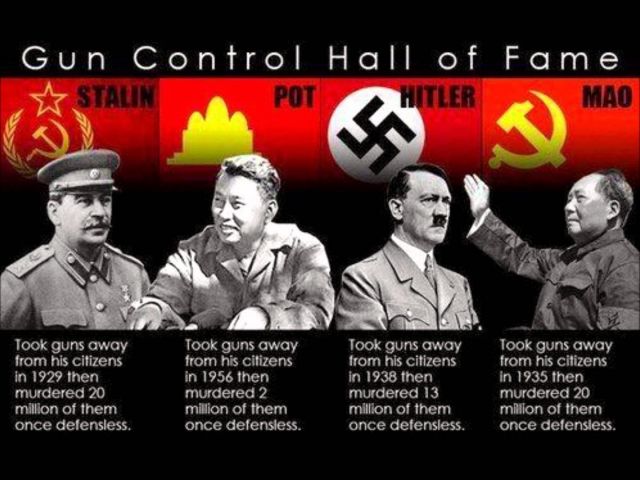 The former Soviet Union was famous for declaring people who opposed Stalin’s brutal dictatorship as being mentally ill, and, on that pretense, had them sent to prison or forced labor camps. Communist Chinese officials under Mao Tse-tung did the same thing. In fact, the communists in China STILL use this tactic today to help squelch public dissent.

The passage of “red flag” laws in the United States means the Red flag is rising in America.

Training opportunities in Mental Health First Aid or other similar nationally recognized evidence-based training programs for all school personnel who have contact with students. The training MUST [emphasis added] cover risk factors and warning signs for mental health and addiction concerns, strategies for providing assistance to individuals in both crisis and non crisis situations, and the use of referral mechanisms that effectively link individuals to appropriate treatment and intervention services in the school and in the community. Topics covered should include depression and mood disorders, anxiety disorders, trauma, psychosis, substance use disorders, and suicide prevention.

What this means, folks, is that teachers—and “all school personnel”—in Florida will be given “training programs” (i.e., “crash courses”) on how to monitor every child in the public school system for “mental health” issues such as depression, mood disorders, anxiety disorders, trauma, psychosis, etc. These kids will then be referred to mental health agencies for required continued evaluation.

Mark it down: The kids that wind up in these referral programs will NEVER be allowed to purchase a firearm when they grow up. They will be stigmatized as having mental health problems as a matter of their official school record and will be adjudicated as being unqualified to own a gun. Yes, just like in Communist Russia or Nazi Germany, school teachers will become spies for the state with the power to ruin a kid’s life forever over whatever perceived “mental health” issues they determine the kid suffers from.

Can you imagine where this is going? Come on! We are talking about kids here.

Depression? I got depressed every time I had to take a test that I hadn’t prepared for. Mood disorders? I could go from happy to sad or vice versa depending on the subject of the class I was about to walk into. Anxiety? Are you kidding me? My football and wrestling coaches made sure I stayed anxious. Psychosis? Psychosis can include hang-ups, phobias, or obsessions.

Obsession? There was a little blonde girl in my fifth grade class that I was absolutely obsessed with. Phobia? Yeah. I had a fear of feeling the edge of the ruler on the back of my hand (that would be called child abuse now) for my misbehavior from my fourth grade teacher. Hang-ups? Are you kidding? I was hung-up on a ton of stuff in school, including trying to figure out how to arrange my desk in such a way that the teacher couldn’t tell that I was sleeping.

Thousands of normal kids will be thrown into a government system that will forever brand them as having a mental disorder, with all of the educational and vocational ramifications that will result—not to mention the lifelong denial of his or her Natural, constitutional right of self-defense—by control freak, big-government, liberal school teachers (how many public school teachers do you know that are NOT liberal?) out to save the world by using the new-found power of these Orwellian “red flag” laws that augment the power of the state over people’s lives. Plus, think of all of the drugs these kids will be forced to take.

I will say it straight out: These “red flag” laws are CRIMINAL, and any State or federal legislature that passes them are CRIMINALS. 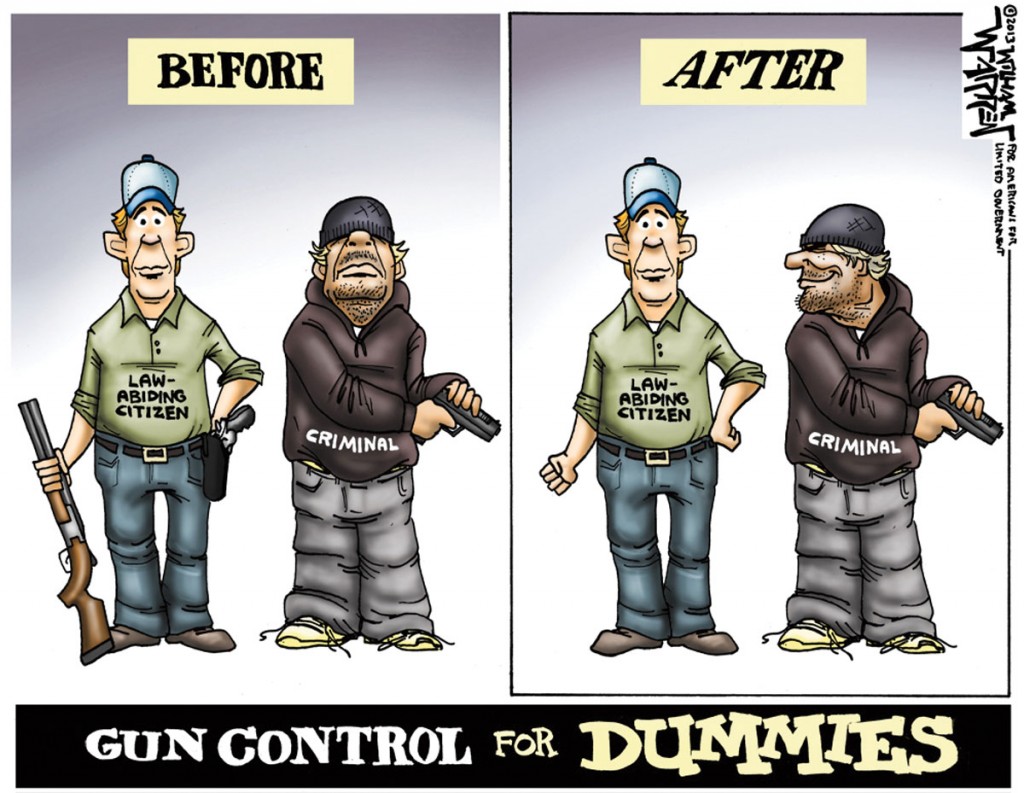 Again, these “red flag” laws allow police officers to confiscate the guns of any citizen who is merely “suspected” of having a mental health issue, without the individual committing any crime or even threatening to commit a crime. Such was the case in Florida—and in the State of Washington that I previously reported on. These fellows had their guns confiscated WITHOUT DUE PROCESS.

The Fourth Amendment to our Constitution says:

The right of the people to be secure in their persons, houses, papers, and effects, against unreasonable searches and seizures, shall not be violated, and no Warrants shall issue, but upon probable cause, supported by Oath or affirmation, and particularly describing the place to be searched, and the persons or things to be seized.

The Fourteenth Amendment to our Constitution, Section 1., states:

Authorizing police agencies to deny someone their Natural and constitutional right to keep and bear arms on the basis of “suspected” mental illness and NOTHING else—no crime committed, no act of violence, no threats of violence, etc.—violates everything the Bill of Rights protects. Such action is the mark of a communist-style Police State in the making.

I’m telling you, folks, these “red flag” laws are going to create much more violence than they are pretending to prevent. Government gun confiscation will only be tolerated so far. With the propensity of government and police to overreact and presume a person guilty until proven innocent, thousands of law-abiding Americans in the near future are going to begin being subjected to these tyrannical tactics—and they WILL begin fighting back.

Furthermore, mentally ill people are still American citizens and, as such, have the same constitutional rights as anyone else. There are ways to respect lawful due process in making these determinations by relying on genuine medical professionals using thorough scientific investigative analysis. To turn the process of taking away constitutional liberties over to Police State tactics that rely on the testimony of untrained (or half-trained), second-hand, and often vindictive people is the mark of a totalitarian state—NOT a constitutional republic.

Disingenuous politicians, both Republican and Democrat, who pass these Orwellian backdoor gun control laws (which is exactly what “red flag” laws are all about) are only using Marxist-style incrementalism to further destroy the Second Amendment—along with the rest of our Constitution.

If our civil magistrates (local, State, and federal) were truly serious about preventing mass shootings, there is one simple way to do it: ELIMINATE GUN-FREE ZONES. Anything short of that is nothing but self-serving, big government politicians creating more laws to make it easier for government police agencies to take away our constitutional liberties.

Rightly are these tyrannical laws called “red flag” laws, because that is exactly what they are.