Monday (Oct. 31) marked the 499th anniversary of the Protestant Reformation. During the next 12 months, Baptist Press will periodically publish stories observing the 500th anniversary of when Martin Luther posted the 95 Theses to the door of a church in Wittenberg, Germany, Oct. 31, 1517.

ROME (BP) — While Protestant-Catholic cooperation on social issues is laudable, according to a statement released today (Nov. 1) by an international coalition of evangelicals, persistent doctrinal divides should give evangelicals pause about cooperating with Catholics in missions and evangelism.

“Is the Reformation Over? A Statement of Evangelical Convictions” was published by the Italy-based Reformanda Initiative, which seeks to educate evangelicals about Roman Catholicism. The statement has been signed by some 70 pastors, scholars, missionaries and apologists.

“I signed the statement because the Reformation is not over,” Roberts told Baptist Press, “in the sense that we still … need to speak clearly and concisely and convincingly especially about the issue of salvation.”

Roberts, who teaches at Truett McConnell University and serves as international director for theological education at the Global Ministries Foundation, noted his “great respect” for Catholic friends and his agreement with the Catholic Church’s teaching on the person of Christ. “But when it comes to the question of ‘what must I do to be saved?’ it’s clear that the Roman Catholic Church has not formally changed their position” from what the Reformers protested in the 16th century.

In the 1990s, Roberts helped lead a five-year dialog regarding Scripture among eight Southern Baptist leaders — under the auspices of the North American Mission Board’s interfaith evangelism team — and eight representatives of the National Conference of Catholic Bishops.

The Reformanda Initiative’s nearly 1,500-word statement argues that despite “more friendly relationships and dialogue between Catholics and Protestants where once there was persecution and animosity,” the two theological traditions fundamentally disagree about the authority of Scripture and the doctrine of salvation. 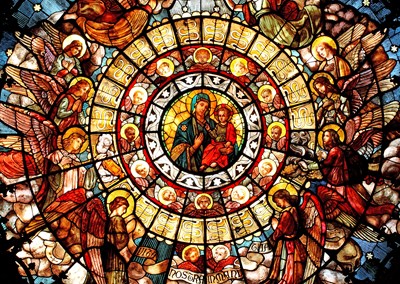 The Catholic Church regards the Bible as “one source of authority, but it does not stand alone, nor is it the highest source,” according to the statement. That designation is reserved for church “tradition,” which has yielded doctrines “with no biblical support whatsoever,” like Mary’s conception apart from the taint of inherited sinfulness, papal infallibility and Mary’s bodily assumption into heaven at the end of her life.

Regarding salvation, the Catholic Church holds that a person is justified before God by receiving “infused” righteousness through the sacraments, according to the statement. “There is no sense of the righteousness of God being imputed by Christ to the believer, and thus there can be no assurance of salvation.”

In contrast, heirs of the Reformation tradition believe in salvation by grace alone, through faith alone, in Christ alone.

As a result of these doctrinal differences, according to the statement, “when it comes to fulfilling the missionary task of proclaiming and living out the gospel of Jesus Christ to the whole world, Evangelicals must be careful to maintain clear gospel standards when forming common platforms and coalitions.” Still, “where common values are at stake regarding ethical, social, cultural, and political issues, efforts of collaboration are to be encouraged.”

The statement notes individual Catholics do not necessarily hold the same theological beliefs as the institutional Catholic Church.

Ashford, Southeastern’s provost, said “there are a number of ways we can and should work alongside of our Catholic friends, especially when it comes to our common commitment to human dignity, religious liberty and a biblical view of gender, marriage and sexuality. Our common cause on these issues will only become more significant in the future.” 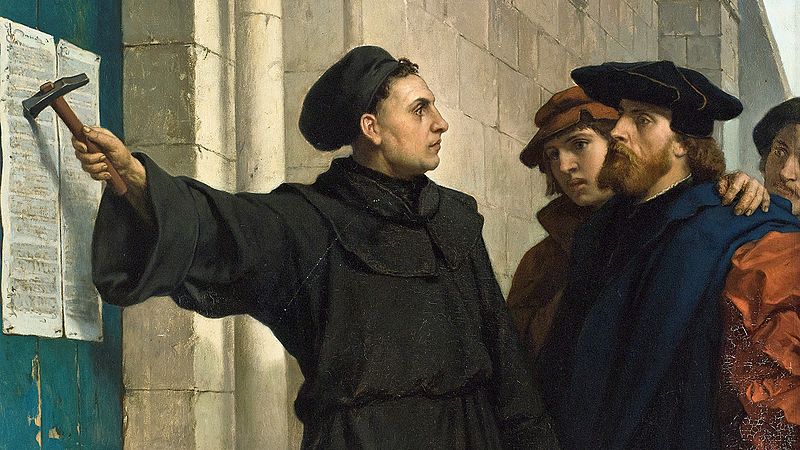 Martin Luther posts his 95 Theses on the Castle Church door in Wittenberg by Ferdinand W. Pauwels

However, Ashford continued in written comments to BP, “our common cause with Catholics is limited very significantly because of the official teaching of the Roman Catholic Church on doctrines such as ecclesiology and soteriology. I thank God for the Reformation.”

Merrill, Old Testament scholar-in-residence at Criswell, told BP his signature on the statement reflects concerns over evangelicals’ converting to Roman Catholicism, efforts to include both Protestants and Catholics in citywide evangelistic campaigns and seeming evangelical enthusiasm for Pope Francis among other issues.

“There are fundamental differences” between evangelicals and Catholics “that have yet to be reconciled,” said Merrill, who serves as distinguished professor of Old Testament interpretation at Southern. “I understand that Roman Catholicism has undergone a number of what we might call small reformations within the tradition itself, reaching out toward things evangelical.”

But “evangelicals have in more recent years attempted to build bridges in sort of an ecumenical manner that are bridges that stretch too far,” Merrill said.

The full statement and list of signatories is available at IsTheReformationOver.com.