Normalization of relations with Cuba is not the result of a diplomatic breakthrough or a change of heart on the part of Washington. Normalization is a result of US corporations seeking profit opportunities in Cuba, such as developing broadband Internet markets in Cuba.

Before the American left and the Cuban government find happiness in the normalization, they should consider that with normalization comes American money and a US Embassy. The American money will take over the Cuban economy. The embassy will be a home for CIA operatives to subvert the Cuban government. The embassy will provide a base from which the US can establish NGOs whose gullible members can be called to street protest at the right time, as in Kiev, and the embassy will make it possible for Washington to groom a new set of political leaders. 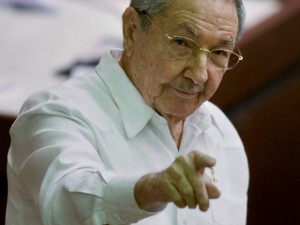 In short, normalization of relations means regime change in Cuba. Soon Cuba will be another of Washington’s vassal states.

Conservatives and Republicans such as Peggy Noonan and Senator Marco Rubio, have made it clear that Castro is “a bad man who turned an almost-paradise into a floating prison” and that normalizing relations with Cuba will not “grant the Castro regime legitimacy.”

Noonan forgets about Guantanamo, Washington’s offshore torture prison in Cuba where hundreds of innocent people have been held and tortured for a large part of their lives by the exceptional Americans. The Cuban Revolution intended to free Cubans from foreign domination and from exploitation by foreign capitalists. Whatever the likelihood of success, a half century of Washington’s hostility has as much to do with Cuba’s economic problems as communist ideology.

The self-righteousness of Americans is extreme. Noonan is happy. American money is now going to defeat Castro’s life work. And if the money doesn’t do it, the CIA will. The agency has long been waiting to avenge the Bay of Pigs, and normalization of relations brings the opportunity.