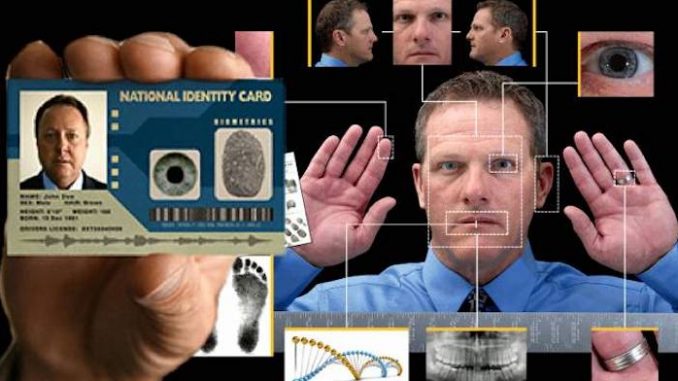 The two major parties in Washington, D.C., have been playing “good cop, bad cop” with the American people for decades, and the charade is still working. The vast majority of voters seem totally oblivious to the fact that both parties are little more than puppets for the “man behind the curtain” (to borrow a line from “The Wizard Of Oz”). After all is said and done, both parties are destroying constitutional government and liberty in America. They merely approach their duplicity from different directions. But both parties are taking the country down the same slippery slope to serfdom.

Democrats are the out-front bad guys on domestic/social issues such as abortion, gay rights, and gun control. Unfortunately, these are about the only issues conservative Christians pay much attention to. So, to them, Democrats are big bad sinners and Republicans are spotless saints. But what Christians and most conservatives never seem to notice is that when it comes to the advancement of the Warfare State and the promotion of the Police State, Republicans are far and away the baddest of the bad. So, depending on what the “man behind the curtain” wants to push at the time, he knows he has both parties in his pocket to do his bidding.

But for those who are interested in preserving whatever is left of America’s individual liberty, they need to be aware that the Republicans in D.C. are in the process of pushing a bill through Congress (Donald Trump would sign it in a heartbeat) that creates a biometric National ID card for every American.

Couched in anti-immigration language, Republican House members—the main sponsor of the bill is Rep. Bob Goodlatte (R-VA-6)—have proposed H.R. 4760. The bill already has 82 cosponsors. The bill was introduced on January 10.

H.R. 4760 forces a new biometric National ID on every American citizen. One would not be able to get a job, get a loan, open a bank account, or board a plane without this National ID. And as is always the case, there is a total blackout in reporting on this bill by the mainstream media—including FOX News.

Writing for The New American, Alex Newman writes, “Republican leaders in Congress are once again plotting with Democrats to stab the American people and the U.S. Constitution in the back, on multiple key issues. Under the guise of getting ‘something’ in exchange for providing amnesty to millions of illegal immigrants (and future Democrat voters) in Obama’s illegal Deferred Action for Childhood Arrivals (DACA) program, the establishment wing of the GOP is pushing a radical longtime goal of the bipartisan Deep State: mandatory national biometric ID cards for all Americans. Privacy and liberty are under serious threat, critics warned.

“The Orwellian national ID scheme, known as ‘E-Verify,’ is ostensibly aimed at making it harder for illegal immigrants to find work in the United States. Basically, as part of the program, which would become mandatory under the bill, every employer would be forced to buy a scanner and use it to check the legal work status of potential employees. On top of that, every worker would be forced to have a biometric ID issued by the federal government in order to be able to legally work. Without this national ID, employers would not legally be able to hire somebody.

“But in reality, illegal immigrants are typically paid under the table anyway — many of them simply work as day laborers and get paid in cash at the end of the day. In light of that fact, the unconstitutional plot to mandate national ID will do little to prevent unscrupulous employers from continuing to hire illegal immigrants, off the books. What the scheme will do, though, is force all law-abiding Americans to carry an unconstitutional national ID with all their information on it, including sensitive biometric data, just to be allowed to work. It will also give the feds a key new tool to monitor and control people.

“There is a reason the leadership of both parties have supported the effort for many years. Indeed, even Obama, who did his best to help the United Nations flood America with Third World immigration under various guises, firmly supported the national ID plan, calling for a package containing it to be sent to him so he could sign it as quickly as possible. But now, instead of a Big Government liberal program to track Americans, the plot is being marketed as an ostensibly ‘conservative’ measure to supposedly boost ‘border security’ and limit illegal immigration.

“A previous version of the scheme was actually sponsored by ultra-leftist open-borders advocate Senator Chuck Schumer (D-N.Y.). But with the GOP in firm control now, the controversial national ID provision most recently surfaced in the Republican-backed ‘Securing America’s Future’ Act (H.R. 4760). Sponsored by Representative Bob Goodlatte (R-Va.), the chairman of the House Judiciary Committee, the bill has some 70 cosponsors less than two weeks after being introduced. And already, organizations such as NumbersUSA that portray themselves as pro-America, anti-amnesty are expressing a willingness to cave on amnesty as long as the national ID and E-Verify become law.” 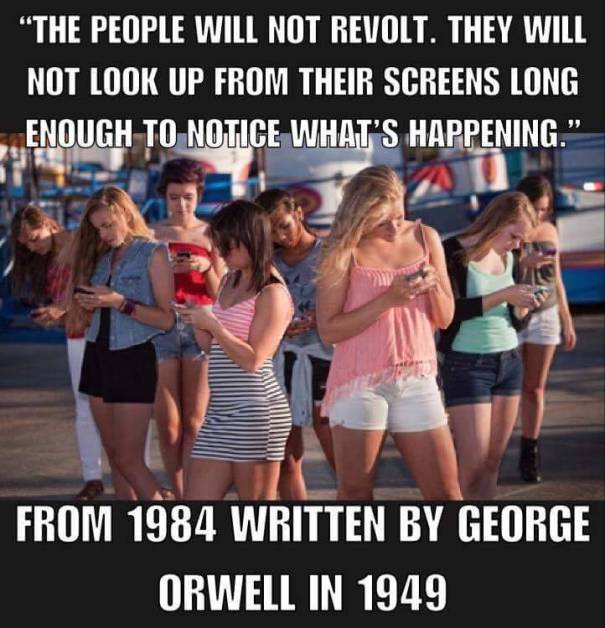 Former Congressman Ron Paul is also trying to sound the alarm about this Orwellian bill. Writing to his supporters at Campaign for Liberty, Dr. Paul warns: “This bill would give DACA recipients a 3-year renewable legal status while forcing a biometric National ID card on virtually everyone else.

“That’s right — the statists want to control you. “Just think about it. . .  “Gun ownership.  Employment history.  Family and friends. “Purchasing habits.  Health records.  Travel.  Religious beliefs.  Past political contributions. . . “Just imagine all these records and more on EVERY American citizen stored in a massive national database right at a federal government bureaucrat’s finger tips. “But that’s not all.

“Under the statists’ National ID scheme, you’d be forced to carry around your National ID card, tied to this massive database, chockfull of biometric identifiers like fingerprints and retina scans. “Without this ID, you won’t be able to legally hold a job — or likely even open a bank account or even board a plane!” You see, this National ID scheme is a key component of H.R. 4760.”

“If passed, this dangerous scheme would require all Americans to carry an ID card that would:

Allow federal bureaucrats to include biometric identification information on the card, potentially even including fingerprints, retinal scans, or scans of veins on the back of hands, which could easily be used as a tracking device;

Be required for all U.S. workers regardless of place of birth, making it illegal for anyone to hold a job in the United States who doesn’t obtain an ID card;

Require all employers to purchase an ‘ID scanner’ to verify the ID cards with the federal government.  Every time any citizen applies for a job, the government would know — and you can bet its [sic] only a matter of time until ‘ID scans’ will be required to make even routine purchases, as well.

“Of course, you and I have seen this before. . . “For years now, statists in BOTH parties have been fighting to RAM their radical National ID-database scheme into law.

“In fact, this scheme was a key portion of the infamous failed ‘Comprehensive Immigration Reform’ bills BOTH parties tried to ram through during the Obama administration.

“Now, using the momentum behind Trump’s tough talk on immigration and border security, I’m afraid the statists believe the best way to finally enact their National ID scheme is by promoting their bill on Capitol Hill as a ‘DACA fix’ while they sell it to the GOP base as a border ‘security’ measure.

“Of course, that’s nothing more than a buzzword meant to trick Americans from all over the country into thinking that Congress is going to seal our southern border.

“But in reality, it means something far different.

“[What] the ‘security’ members of BOTH parties in the U.S. House want doesn’t target any U.S. border.  Instead, it’s meant to create an all-out police state within them.”

So, what Donald Trump and his fellow Republicans in Congress want to do is provide amnesty for illegals (1.8 million vs the 800,000 proposed under Barack Obama—meaning another Trump campaign promise goes down the toilet), while strapping the American citizenry with a biometric national ID card, so WE can be tracked by Big Brother.

And, again, the national news media is hiding the bill from public scrutiny by completely ignoring it (which is what they always do to help an anti-freedom bill become law), and since Republicans are the ones promoting this bill, so-called conservatives and Christians are ignoring it also. More than that: many so-called conservatives and Christians are actively supporting the bill.

If conservatives, constitutionalists, Christians, and civil libertarians do not awaken to this phony left/right, conservative/liberal, Republican/Democrat dog and pony show that plays nonstop in Washington, D.C., freedom is not long for this country of ours.

If you want to protect your children and grandchildren’s prospects of inheriting even a modicum of freedom, you will do everything you can to dissuade your congressman from supporting and voting for this horrific bill. A good place to start is finding out if your congressman is a cosponsor.

I shudder to think what America will look like a year after this bill passes.