Rescued by Jesus, a male survivor of sex trafficking tells his story

DALLAS, TEXAS (ANS) — Victims of sex trafficking and perpetrators in search of forgiveness are hearing a message of grace from an unusual source: A man who from ages five to nine was abused in a small Midwestern town. 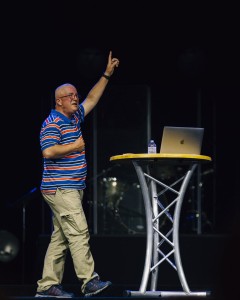 Sean Wheeler speaking at Christ for the Nations.

At Christ for the Nations Institute (CFNI) in Dallas, Texas, and in small and large churches – somewhere former sex offenders are allowed to attend worship services without children present — Sean Wheeler is preaching one, powerful message: Forgiveness.

It’s the message Wheeler’s pastor preached on one of the rare occasions he felt “clean enough” to go to church while he was in counseling as an adult for the pain of childhood abuse: In short, the pastor said, “You love Jesus as much as the person you love the least.”

Only problem was that Wheeler didn’t know the men who had robbed him of his innocence for four years. The pastor told him, “It’s okay; God knows them.”

Abused sexually and physically by a group of college-aged men in Iowa years ago, Wheeler recently told an estimated 1,600 students and faculty at (CFNI) – 60 who indicated they were impacted one way or another by sexual abuse — their key to healing is the same as was his own: Forgiveness.

Invited by the school in August 2017, Wheeler did what he thought was impossible: Tell his story to a large, mixed audience of young Christians training for ministry. He was warmly received — even by a group of eight young men who were moved to tears — and surprised by the number of students impacted by sex trafficking.

Despite public perception, trafficking is not exclusive to girls; boys are used sexually for profit, too, like Wheeler was. He believes the more his message is shared, the more powerful the fight against trafficking becomes.

In the seven years Wheeler has been sharing his testimony and helping pastors counsel offenders, an estimated 20,000 people in seven churches and 100,000 survivors online have heard his story. Four hundred people with tales similar to Wheeler’s have told him their lives were changed by his story of abuse, forgiveness and ministry to former offenders since 2013.

A supportive wife, counselors, pastors and — most importantly — his baptism in the Holy Spirit in 2011 have propelled Wheeler to speak on behalf of hurting children and young men and females who are trafficked, despite Christian and secular efforts to stop the criminal sex trade.

Early in his recovery, Wheeler told God he would go wherever he was asked to share his story, if only he could find relief from the fear, shame, guilt and unforgiveness that haunted him like shadows. “I got a one-word reply: ‘Agreed.’ The word was audible, like a text in my mind,” Wheeler recalls.

Because Wheeler couldn’t speak about the horror he endured, a counselor suggested he write about it instead. The exercise helped the healing process, and Wheeler decided to turn his agonizing memories into a book. Speaking of the pain still produces tears in Wheeler and the people who hear his story.

“I’m well aware of the fact that seven years ago Sean couldn’t have stood on that platform (at CFNI) for three days and share his story,” says Duane Settle, who serves on a board at the school and recommended Wheeler as a guest speaker. “Today, of course, he talks about ministry and the power of forgiveness,” he says. 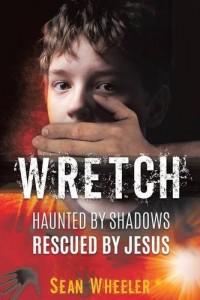 A friend and mentor, Settle, helped Wheeler finance publication of his book, Wretch: Haunted by Shadows, Rescued by Jesus, a redemptive account of healing from forced sexual abuse and child pornography. The book is based on the journals Wheeler kept during his healing, which grows each time he tells the story.

Together, Settle and Wheeler prayed for students — a 60 percent female to 40 percent male ratio — who walked down aisles before their peers and CFNI staff to receive ministry for sexual abuse or trafficking.

Married to a supportive wife, Susan, Wheeler takes the message of God’s grace to people who need it the most and who are least likely to experience it for themselves — men who have been convicted of sex crimes involving children and who have come to faith in Jesus Christ.

As conditions of their probation, the men can’t go to traditional churches where children are present, but they are allowed to assemble in supervised worship settings with court-approved ministries. Upon completion of probation, they can go to a church where they’re welcomed — or not as is often the case.

As a victim, Wheeler’s story of abuse and forgiveness resonates with convicts who look into his face and hear the words, “I forgive you.”

Wheeler recalls a man who had done 10 years in prison for possession of child pornography. While incarcerated the man came to faith in Jesus and, after his release, he began attending a church for ex-offenders. Standing before Wheeler with tears streaming down his face, the man asked for forgiveness.

“As one who was on the other side of that camera lens, I release you and forgive you,” Wheeler told him.

On another occasion, Wheeler and a pastor at the church he attends visited a man who was arrested for possession of child pornography on his computer. Wheeler continued to meet and pray with the man for a year.

“I came to see him not as a person in a mug shot, but as someone who was reaching out to Jesus for help,” Wheeler says. “I believe he is a changed man because of our time together.”

He has been asked by former offenders and some Christians who wrestle with the idea, “How can you forgive the men who hurt you?” “It’s not complicated,” Wheeler says. “It’s because God’s forgives me. “There’s only one unforgivable sin that’s mentioned in the Bible, and that’s not for me to deal with,” he says.

Finding churches receptive to hosting former offenders isn’t easy, but the ministry Wheeler works with has a good reputation with pastors who see its value. Wheeler’s ministry vision includes buying property for former offenders to worship, and he wants to someday minister to them before they’re released from prison.

A woman who works with a jail and recovery ministry says Wheeler impacts former offenders with his simple but profound message.

“It’s powerful,” says Chere Meyers, a team minister to former sex offenders. “Forgiveness, when it comes from Sean, resonates with the men, because many have trouble forgiving themselves. “You can hear a pin drop when he speaks to them,” says Meyers, whose ministry first invited Wheeler to speak after hearing the story of his abuse.

Meyers has read Wheeler’s book and supports his growing ministry to victims and former abusers alike. Wheeler’s joy, Meyers says, is contagious, and he exudes freedom and healing.

“His response to worship with dancing is obviously heartfelt and inspired by God’s love and freedom,” Meyers says. “And he does it in such a humble way that it speaks to every open heart saying, ‘God will do this for you, too.’” 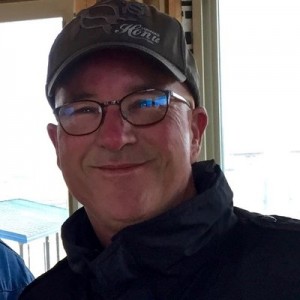 A landscape architect who served in the U.S. Navy, Wheeler is supported by pastors who encourage him in ministry. They’ve seen the progress Wheeler has made since he began the process of forgiving the men who abused him, and they’ve witnessed his ministry impact in the fight against trafficking.

The pastor who said, “You love Jesus as much as the person you love the least,” also spoke about forgiveness on one of the occasions Wheeler attended his church. Wheeler struggled with the idea, asking the pastor how he could forgive people he didn’t know — men who abducted, abused, beat, photographed and threatened him in his youth.

The pastor told him, “It’s okay, Sean; God knows who they are.” Heeding his advice, Wheeler began the process of forgiving the men who abused him and, after many years, he is able to demonstrate the love of Jesus to people some consider the least worthy.

“This man is my friend and a living testimony,” says Jonathan Wiggins, Wheeler’s pastor. Together, they’re learning the truth of words attributed to Jesus on a poster, “You love me as much as you love the one you love the least.”