Ideas have consequences, and especially false ideas about God. The god of a particular culture is that entity which is above the law because it is the ultimate source of law. It is that to which all allegiance and loyalty is due. If that one to whom all loyalty is due is not the One True God, the God of the Bible, then that culture is worshiping an idol.

As I listened to a candidate for County Executive this week, it struck me that his false ideas about civil government are indeed a form of idolatry. When he was asked about an elected school board (which would make the school system at least a bit more accountable to the parents) he replied that it should remain independent because the school board knows the best way to educate children. In other words government knows better than the parents. Just trust the government.

I posed another question regarding the size of the police force in the county. I brought up the point that crime is down significantly in our county, so why the need for 100 more police officers in the county, which he is calling for. His reply was telling. The international standard for number of police per resident has been established and we are 100 below that standard. So the standard is international, a one size fits all? As if the conditions in our county were comparable to those of any third world nation. 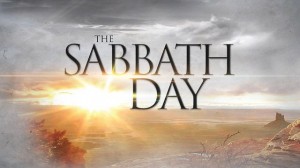 One other incident I noticed this past week that illustrates a civil government going rouge was when I parked my vehicle on the street in Annapolis, Maryland. As I was walking toward my parked car I noticed an unusual car.It had more than two license plate readers, two on the back deck of the trunk and two on the sides. This, of course, is a violation of the Fourth Amendment. What caught my attention was that it was parked in a tow away zone. I looked at the license plate and sure enough it was a government vehicle belonging to the city of Annapolis parked illegally.

A few steps down the street I spotted the metermaid, giving out tickets to people who overstayed their welcome in the city. So I called out to her that if she wanted to make some big money there was a car parked in the tow away zone just down the block. That vehicle should get a big fine. Well there happened to be some workmen repairing the sidewalk where we were and they said, “that car you are talking about is her car.” I said, what? You’ve got to be kidding!

I asked the meter maid if that was her car back there parked in the tow away zone? She didn’t answer so I asked her, “so you get to park illegally while you’re giving out tickets to people who stayed too long”? She wouldn’t answer. I queried, “Is thisjust”? “You can break the law while enforcing the law against other people”? What is this? She wouldn’t answer and as my friend began taking pictures she quickly ducked behind a parked car and began making a phone call. Governments sets the rules and breaks them whenever it is convenient for them to do so, but when the citizen does anything out of line he is fined. What is going on here?

You only have to ratchet up a few more notches to have total tyranny. It was Mussolini who infamously stated, ‘Our formula is this: everything within the state, nothing outside the state, no one against the state’[1] This is the totalitarian formula – government is god, bow down and worship it or else pay dearly for resistance to the totalitarian state.

Real liberty comes from God, and He has given us a different plan for liberty. Please read Exodus 20:8-11. “Remember the sabbath day, to keep it holy. Six days shalt thou labour, and do all thy work: But the seventh day is the sabbath of the Lord thy God: in it thou shalt not do any work, thou, nor thy son, nor thy daughter, thy manservant, nor thy maidservant, nor thy cattle, nor thy stranger that is within thy gates: For in six days the Lord made heaven and earth, the sea, and all that in them is, and rested the seventh day: wherefore the Lord blessed the sabbath day, and hallowed it.”

The Sabbath principle liberates us from bondage. We are to labor and do all our work in six days and rest on the seventh day. Many of us, however, keep ourselves in bondage and ignore God’s Commandment of keeping the Sabbath, and in doing so strangle the liberty God gave us.