(NaturalNews) In the first decade of the 21st century, retractions of papers published by medical journals went up 19 fold, although the number of manuscripts being published only increased 44 percent. The reasons behind this surge in evidence of scientific falsification were examined in a recent editorial in the International Journal of Radiation Oncology • Biology • Physics (the Red Journal), published in October 2013.

“One of the greatest, and sadly all too common, challenges facing a contemporary medical journal editor is the adjudication of ethical integrity issues,” Editor-in-Chief Anthony L. Zietman wrote. “I had originally presumed that this would be just an occasional role, but it transpires that these problems are quite widespread, ranging from unconscious and unwitting naivete to the conscious and willful betrayal of scientific trust.”

Studies suggest that a majority of papers are retracted due to deliberate falsification by researchers, rather than simple mistakes. The blog Retraction Watch documents this phenomenon in real time, providing ongoing news coverage of retracted scientific papers and highlighting authors who have had multiple published papers retracted.

While he attributes some of the increase in paper retractions to an increased ability by publications to detect plagiarism electronically, Zietman notes that evidence also suggests a genuine increase in the prevalence of intellectual dishonesty in medical research.

Some of this may be due to the increasing globalization of research, he suggests, with researchers not necessarily understanding other countries’ rules of what constitutes plagiarism. But Zietman also attributes much of the increase to deliberate efforts by certain scientists to exaggerate the importance of their research in order to compete for scarce funding.

“There has always been pressure on investigators, but in a time of economic hardship these are amplified,” he writes. “The National Cancer Institute pay line, and that of granting agencies globally, is in sharp decline.”

One of the major factors that funding agencies use in deciding where to distribute grants is the number of publications to a researcher’s name, Zietman noted, “making this a vulnerable target for manipulation.”

Fabrication is perhaps the most egregious and difficult-to-detect form of fraud, consisting of reporting completely made-up data. Zietman notes that reports of fabrication are incredibly difficult to investigate, as it often comes down to one researcher’s word against another’s. 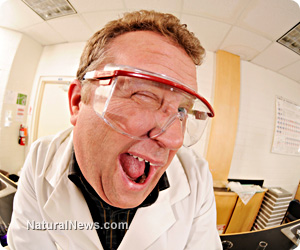 after the completion of a study. Zietman admits that it is impossible to determine the prevalence of falsification, which is also difficult to detect. This type of fraud may not even be performed by researchers themselves but by laboratory assistants or data managers seeking to provide the results that they believe their supervisors prefer.

Plagiarism, which consists of falsely presenting another person’s ideas or work as one’s own, or falsely presenting one’s prior work as new, original research, is the easiest form of fraud to detect. It is particularly appealing to unethical researchers seeking to bulk up their publication credentials without actually performing extra research.

Falsification of any type undermines the foundations of medicine itself, Zietman warned.

“In medical research, we hold great responsibility and trust, and thus aspire to a conduct of unassailable honesty and integrity in its execution,” he wrote. “If not, we breach not only our own ethos but ultimately and importantly medicine’s most fundamental tenet, improving the lives and well-being of our patients. Scientific progress is founded on scientific honesty.”