To fix initial ‘rigged’ event that took place 2,000 years ago

A Jewish Orthodox scholar is proposing an Old Testament ceremony, the redemption of the firstborn, to return Jesus of Nazareth to the Jewish fold and then hold a retrial at which he could be acquitted.

The first trial, two millennia ago, resulted in Jesus’ condemnation by the high priests for blasphemy, his crucifixion by the Roman conquerors and his resurrection through which Christians worldwide believe they can receive salvation and life eternal.

The Jewish authorities, however, have been libeled ever since as “Christ-killers” and more. 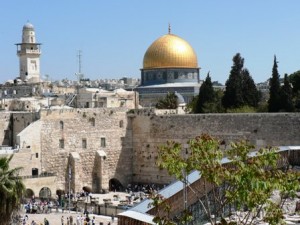 One scholar, Ariel Cohen Alloro, while not “an official rabbi,” is a student of one of today’s great rabbis and a longtime student of Judaism and Christianity. He is proposing the “traditional Pidyon haBen” ceremony – the “Redeeming of the Firstborn Son” – to welcome Jesus, known to the Jews as Yeshua, “back to his Jewish family and remove all the old taboos and restrictions related to his name from the Jewish Orthodox standpoint.”

He said the next step should be to open a public retrial on behalf of Yeshua in the presence of 10 most important rabbis in Israel, “meant to fix the initial rigged trial that took place 2,000 years ago and to clarify in front of the whole world all the aspects and issues related to this delicate subject.”

Alloro is trying to generate interest in his plan on his website www.facingeachother.com