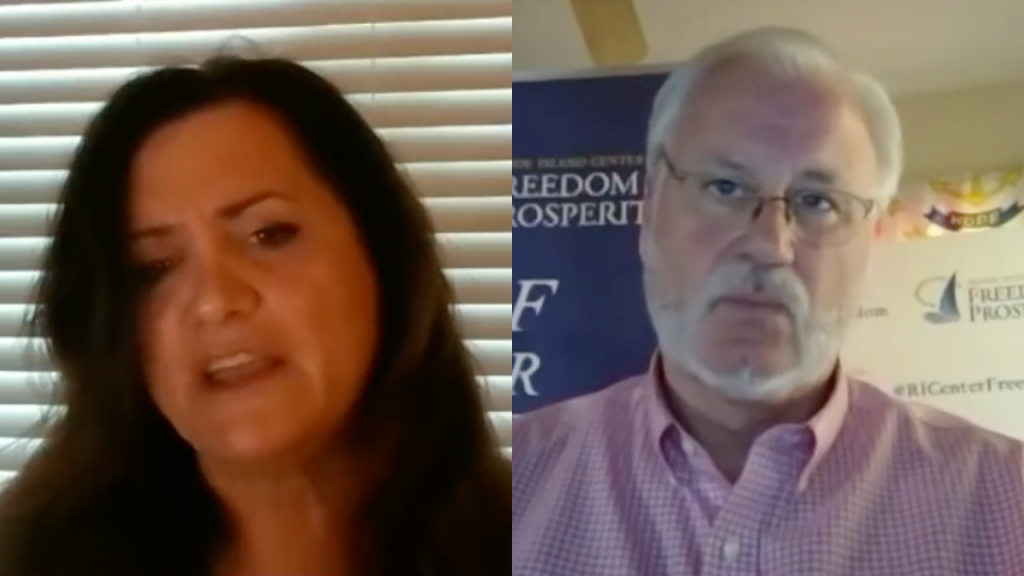 Whistleblower states, “you’re willing to let people die…truth is coming…families will find out…”

By RI Center for Freedom

Lisa Camuso, her attorney and her union representative, made mincemeat of the incompetent RI Department of Health senior staff who called a meeting in mid-July 2020 to discipline Camuso, a legally-protected government whistleblower.

Yet, unbelievably, as a result of our Center’s In The Dugout video interview between CEO Mike Stenhouse and RI Department of Health Whistleblower, Lisa Camuso … instead of conducting more investigations into alleged abuses and neglect at RI nursing homes, the RI Department of Health has decided to retaliate against Lisa, who was trying to do right by raising awareness about this horrid situation at senior care facilities, where about 80% of all Covid related deaths in our state emanated out of congregate living centers.

On Friday, July 17, Lisa Camuso was placed on “administrative leave” following a sham disciplinary meeting with senior DOH staff and the RI Attorney General’s Office … to review bogus allegations made against Ms. Camuso in a seven-page letter sent to her earlier in the week.

This is the 2nd time Ms. Camuso has been placed on leave. The first time, following her “whistleblower” lawsuit filed against the state and the DOH in 2017 and that is still ongoing.

The most powerful highlight of the meeting occurred at the very end, at the 25:15 mark, when Lisa Camuso stated (paraphrased): “I work with the public … I am not allowed to do the job I love… do what you’ve got to do – I’m not going away… if I had any trust, I would have come to you but you’ve shown me you all have zero integrity… you’re willing let people die… truth is coming… families will find out… you’re disgusting letting people die!”

At the beginning of the audio and as a smart way to protect herself from false accusations, Ms. Camuso states that she will record the meeting and will make everything said – public.

She next inquires why a DOH senior executive, who has nothing to do with the events leading up to the meeting, and who also happens to be a defendant in her whistleblower lawsuit was copied on the July 14 letter and the notice for the July 17 meeting. No one in the meeting can give her a straight answer so Lisa concludes that it was cruelly done merely so the executive could celebrate the pending retaliation against her.

Why was the State Office of the Attorney General on the call? Was it to intimidate Ms. Camuso?

At the 6:30 mark, the DOH staffer leading the meeting claims she had no knowledge of Ms. Camuso’s pending lawsuit. Either this is completely dishonest or these people are completely ignorant.

At the 8:30 mark, Ms. Camuso’s lawyer clearly states that the DOH has provided no proof of misuse of state resources, as claimed in the letter; nor does it provide any substantiation of the claim that Lisa misused her time on the job.

Camuso’s lawyer then strongly countered the letter’s third claim of “Breach of Confidentiality”, noting that Lisa removed all personal information before sending images of the abuse and neglect claims discussed on the In The Dugout interview. The lawyer went on to say that general information about complaints made to the DOH are valid to publicize under a whistleblower action, per RI state law 28-50-3. “Nobody can prove information is confidential”, by citing any statute or rule, argued the lawyer, further stating that these complaints should become public knowledge. Ms. Camuso stated she did nothing in violation of HIPPA. The senior staff in the meeting could not cite anything to substantiate their claim of ‘confidential’ information.

Regarding Lisa’s claims on her In The Dugout interview that positively tested patients were roomed with other non-positive patents, along with other claims of neglect during the interview, are the “absolute right” of a whistleblower to make public matters of public concern.

At the 13:52 mark, discussions about lack of appropriate DOH investigations begins.

At the 14:05 mark, Ms. Camuso passionately states that “People are Dying”; that based on her years of experience fielding complaints at the DOH, it should be the practice that serious cases of complaint that are properly triaged … would be flagged for priority investigation. Ms. Camuso boldly stated that in reality, by not conducting this kind of triage, it may be the RI DOH itself that may not be complying with Center for Medicare/Medicaid Services (CMS) rules and regulations per the CMS manual itself.

OUT OF TOUCH AND INCOMPETENT 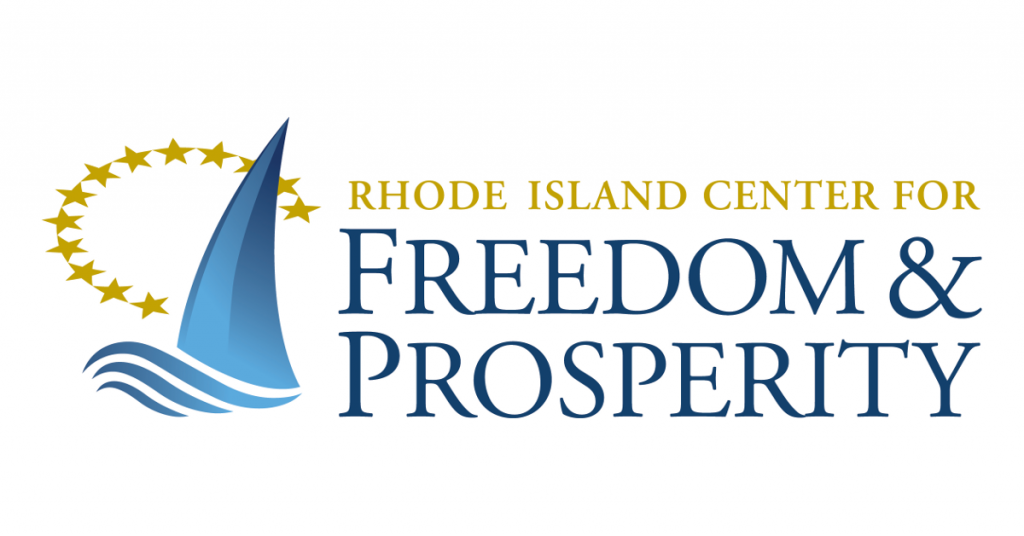 Next, comes one of the most amazing examples of incompetence by an out of touch staff. In a prior meeting with Ms Camuso, in the letter, and in the July 17 meeting the issue arose about the use of the official RI DOH “emblem”, or logo. Utterly confused about how the Center’s use of RI DOH logo during the In The Dugout interview with Mike Stenhouse, the DOH staff could think of no other explanation other than that Ms. Camuso improperly stole and then used them when she must have personally created the Power Point slides used during the interview. Said one person in the July 17 meeting, “any fool” can get the RI DOH emblem (off their website) and copy and paste the image in into the Power Point that Stenhouse’s staff created.

Next, Camuso’s team blew away DOH claims that Lisa did not follow proper whistleblower procedures, when in reality Lisa could prove she did. Lisa proved that on May 15, she followed whistleblower procedures and directly contacted the Department of Justice regarding a lack of PPE and positive-testing residents being roomed with others, despite the Governor public claims to the contrary … when she produced in the meeting a  phone bill documenting 16-minute call with DOJ, as is prescribed by RI General Laws 28-50-3. I am “disgusted with the State,” exclaimed Camuso.

Cited publicization of a complaint that was not on the Dugout interview.

At the 18:15 mark, Ms. Camuso flipped the script on the DOH. “Talk about violating privacy,” she said, claiming that in the DOH seven page letter to her more personal information was put forward than what Lisa revealed in her interview with Mike Stenhouse. The letter, which had been widely circulated, then made public by our own Center, makes public far more private information than did the In The Dugout interview.

Next the question arose about whether Ms. Camuso conducted ethics and integrity violation of a related Governor’s Executive Order (#15-01). Lisa’ lawyer countered that just because she is a state employee does not mean that Ms. Camuso does still not retain her 1st-Amendment right to speak out generally against their government, especially when it comes to the well-being of our most vulnerable senior citizens … and especially when there is proof and increasing public discussion about why 80% of Rhode Island’s coronavirus related deaths have come from nursing home and other senior care facilities.

The lawyer went on to say the first line of defense for nursing home residents are their family members. These are their natural advocates, their family, who were not allowed access to see their beloved parents because of the shutdowns, even sometimes not allowed phone calls. Without Lisa, who is boldly stepping forward, who else is there who was going to speak on the behalf of these vulnerable seniors?

Ms. Camuso then discussed recrimination to past employees who attempted to support her in the workplace during the period when she filed her lawsuit. Lisa protected her current “good supervisor” by keeping her out of this process because, as she recalled, years ago how the state reprimanded and retaliated against her past supervisor who supported her after her lawsuit.

The lawyer astutely asserted that the DOH’s actions against Lisa are “costing you what little credibility you have with respect to nursing homes”.

At 24:10 Lisa began her final comments, stating that there have been “crimes committed” and “Dr. Scott (and others) are involved in the cover-up”

Then came Lisa’s final, passionate plea … described at the beginning of this review.

The meeting ended with Lisa Camuso being put on administrative leave. Lisa Camuso commented that at least this time there were no police present to escort her out of the office like they did years ago.