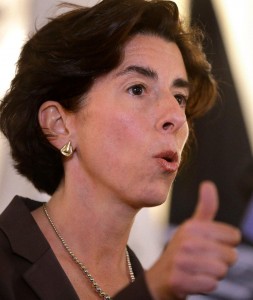 Responding to federal legislation signed recently, which nullifies an 11th hour regulation by the

“committed” to the abortion industry.

funds to county health departments, community health centers, or other types of comprehensive healthcare providers, in preference to organizations engaged in objectionable activities, such as Planned Parenthood, which is not only the nation’s largest abortion provider but has also been involved in fetal organ trafficking.

According to Rhode Island Right to Life executive director Barth E. Bracy, in regard to “Ortiz claims on behalf of Gov. Raimondo that ‘our values aren’t changing.’ I would suggest to Gov. Raimondo that many, if not most, Rhode Islanders oppose giving taxpayer funds to major abortion providers. And I would suggest that Good Friday may indeed have been be an appropriate day for the Governor to reconsider her own values with respect to abortion.”

the freedom restored by Congress for cutting off the flow of federal taxpayer funds to the abortion industry.