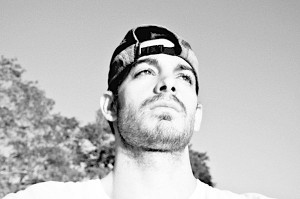 (WND) It was just one of those nights for actor James Woods – minding his own business, fighting the good fight for conservative ideals on the Twitter front. Then it came – a full-frontal threat of violence from a guy named Matthew E. Jacob of Manhasset, Long Island.

“If I see you in the street I will hit you over the head with a 2 x 4,” he threatened. But Jacob picked a fight with the wrong actor.

Woods, best know for his bad-guy roles, took a screenshot of the threat and tweeted it to Twitter Chief Executive Officer Jack Dorsey, while wondering out loud if “Twitter will actually do anything if a conservative is threatened.”

Jacob also warned Woods that he was “the first person” he’s coming for when the next civil war breaks out. Woods noted that the threat of violence was made “across a state line and in response to a political statement. That would be a violation of my civil rights.”

I have been advised to keep the light on my stalker #MatthewEJacob as a way of inhibiting his acting on his threats. Here is relevant CA law pic.twitter.com/aQHZopRzMO – James Woods (@RealJamesWoods) August 20, 2017

The fact is I am a 70 year old man who takes blood thinners for health. #MatthewEJacob threatens to bash my head in, it’s a death threat. – James Woods (@RealJamesWoods) August 20, 2017

Twitter promptly suspended Jacob’s account following Woods’ complaint, so his account is no longer visible. “You are not going to have wait to see me in the street,” warned Woods. “Your life just changed forever.”

Woods then confirmed Jacob’s account was suspended. “I want to thank @TwitterSupport for the prompt and decisive response to the violent threats made by #MatthewEJacob while he stalked me,” added Woods.

After a little research, with the help of his security guy, Woods even Tweeted a photo of the perp, noting, “And by the way he is not a kid.”