By RIRTL
Providence, RI-The Rhode Island State Right to Life Committee (RIRTL) calls upon Governor Gina Raimondo and 18 members of the General Assembly to renounce their endorsements from Planned Parenthood, the nation’s largest abortion provider, in light of recent video allegations regarding the sale of fetal body parts. 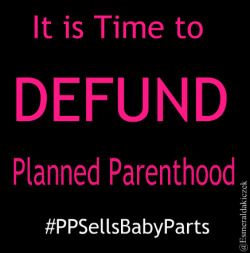 “It is stomach-churning,” says RIRTL executive director Barth E. Bracy, “to hear a top doctor for the national Planned Parenthood organization admit, on videotape, that Planned Parenthood abortionists can and will alter late abortion procedures to facilitate the harvesting of intact baby body parts – she specifically mentioned hearts, lungs, livers, even intact heads – in order to fill specific pre-orders. And the second video indicates that this was not merely the ranting of one rogue employee.” 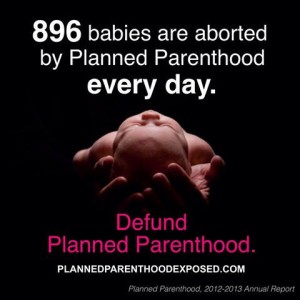 In response, Senator Joni Ernst (R-IA) and forty-nine other senators sent a letter to Sylvia Burwell, the Secretary of Health and Human Services, in light of the two videos showing top Planned Parenthood executives discussing the abortion giant’s practices of harvesting fetal organs.

The letter begins: “We are deeply disturbed by recent footage released by the Center for Medical Progress depicting senior Planned Parenthood Federation of America executives discussing in graphic detail the organization’s practice of harvesting the organs of unborn babies.”

“The footage raises a number of questions about the practices of the organization, including whether they are in compliance with federal laws regulating both the use of fetal tissue and partial-birth abortions,” the senators wrote. 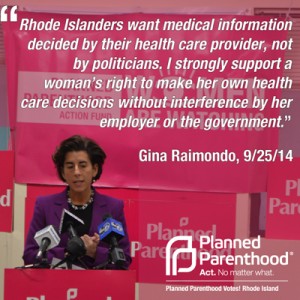 According to Rhode Island Right to Life executive director Barth E. Bracy, “We know from their website that the Planned Parenthood facility in Providence performs abortions ‘up to 16 weeks and 6 days’ gestational age. It is important for Rhode Islanders to know whether fetal organs and body parts are being harvested on Point Street and, if so, whether this practice in being done in accordance with state and federal law.”

Senators Jack Reed and Sheldon Whitehouse, both of whom received 100% ratings from the Planned Parenthood Action Fund in June, 2014, continue to remain silent on the growing scandal. The Rhode Island State Right to Life Committee calls upon them to immediately clarify their positions on the practice of harvesting organs and body parts from unborn babies.

According to RIRTL executive director Barth E. Bracy, “Abortion is big business for Planned Parenthood, raking in well over 150 million dollars each year, on top of the hundreds of millions of dollars they receive annually from federal, state, and local taxpayers. But they are apparently still looking for ways to increase their revenues, no matter how barbaric. It is time for all of our elected officials in Rhode Island to turn their back on Planned Parenthood, to end their massive government subsidies, and to pass laws to protect women and unborn children.”