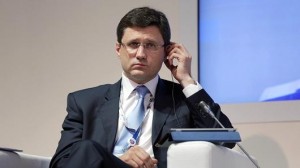 According to Novak, Ukraine currently owes Russia over USD 2.230 billion in unpaid gas bills and the debt is to rise, as the figure does not include 1.3 billion for deliveries made in April.

The Russian Energy Ministry also said Ukraine’s debt could lead to a situation where not enough gas would be pumped into Ukrainian underground storage facilities, which could then result in an undersupply of gas to Southeastern Europe.

Russia provides about half of Ukraine’s gas and 30 percent of Europe’s total gas demand with major pipelines on the Ukrainian territory.

The Russian Energy Minister’s comments came after Novak together with Russia’s Gazprom CEO Alexei Miller and other Russian officials met with representatives of Bosnia and Herzegovina, Macedonia and Moldova.

During the meeting, the parties discussed other gas transportation ways to European consumers, primarily the South Stream project.

Gazprom’s 45-billion-dollar South Stream project is expected to transport gas from Russia to the EU member states of Bulgaria, Croatia, Greece and Hungary, as well as Serbia via the Black Sea.

The line is due to open in 2015 and will reach its full capacity by then to deliver 64 billion cubic meters of gas, accounting for 15 percent of Europe’s gas needs.