Russia Warns US May Force its Military Hand

Army General Yury Yakubov, a coordinator from the Russian Defense Ministry’s general inspector’s directorate, was responding to reports that the United States Department of Defense is planning to concentrate US heavy military hardware near Russian borders.

“If US heavy hardware including tanks, artillery systems, or other fighting vehicles does appear in some Eastern European and Baltic countries, this would mark the Pentagon and NATO’s most aggressive step since the Cold War time of the past century,” he said on Monday.

“And Russia won’t have anything else to do but bolster its forces and resources on the Western strategic theater of operations,” the official noted. 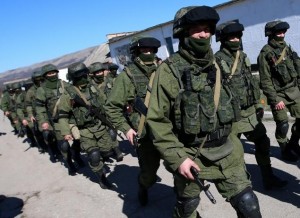 Yakubov said the response would be initialized by the reinforcement the forces along Russia’s western border.

The comments came amid continued high tensions between Russia and the US-led Western military alliance of NATO over the crisis in Ukraine, which the West accuses Moscow of having a hand in. Russia denies the allegations.

The New York Times reported recently that the Pentagon was ready to store heavy military equipment in East Europe to face a possible “Russian aggression” in the wake of the crisis in Ukraine.

The weaponry, which includes battle tanks and infantry fighting vehicles, was enough for as many as 5,000 American troops, the daily wrote.