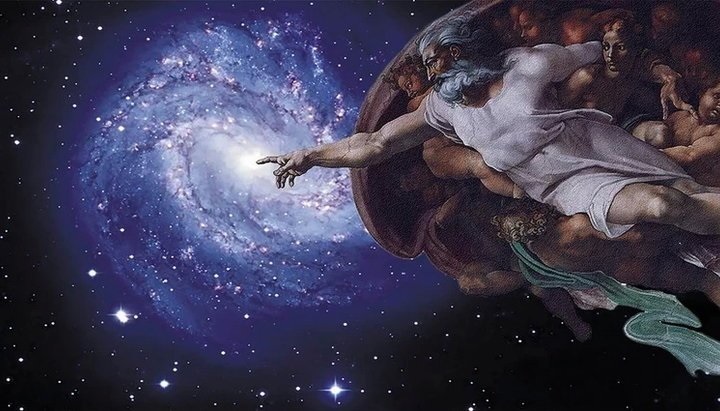 A Pew Research Center Survey in 2015 concluded that 73% of adults in America who seldom or never attend religious services believe that science and religion are often in conflict. In 2017, the Barna Group asked young Americans why they’d stopped attending Christian church services. Twenty-nine percent responded that they’d left their church because it was “out-of-step” with the scientific world that we live in. Twenty-five percent claimed that Christianity is “anti-science.”

Most of us have been taught that the Roman Catholic Church had fought in favor of fallacies like The Earth is Flat and The Sun Revolves Around the Earth. We’ve been told that Christianity is at odds with science, that the Bible conflicts with science. But when the Vatican embraced these theories, so did the vast majority of the scientific community of the time. The Church didn’t create these theories. It was the scientists of the day who came up with these silly ideas, promoting them as true despite lack of evidence.

Today, the bulk of the scientific community continues to promote theories despite lack of evidence. Much of Quantum Physics is merely theoretical–and happens to conflict with proven Laws of Thermodynamics. Much of what astro-physicists report to the general public is based on Edwin Hubble’s theory about what red-shifts in starlight might mean, a theory he disavowed before his death after it had been disproven. Einstein’s theories are celebrated as if scientific where they are no more than philosophical observations. Even his venerated theory that gravity is the “curvature of space-time” is a meaningless, unproven idea (his only “experiment” supporting it equally supports refraction of light by heat, not gravity).

Perhaps the most pervasive “scientific” theories being promoted today are the Big Bang Theory (BBT) and Neo-Darwinism (ND). Regarding these fatally flawed theories, there is a stark contrast between what scientists admit to each other and what they admit to the public. A review of much of the peer-reviewed material on both theories reveals that evidence continues to mount against them. As science gathers more data relevant to origins, it becomes more and more clear–to everyone, including atheists–that Intelligent Design is a required component. That is, without God, it is impossible for the universe to exist; without God, it is impossible for the complex information systems of DNA and RNA to exist. To argue otherwise is to say that it is possible for something to arise from nothing on its own.

Thankfully, the Christian church has largely rejected the BBT and ND even as much of the scientific and academic community dig in their heels, refusing to discard these disproven myths. Highly credentialed, non-religious mathematicians have calculated the impossibility of the universe arising by chance out of nothing. In response, many astro-physicists have begun promoting the idea that our Big Bang resulted from the implosion of another universe. Alternatively, confronted with the mathematical impossibility of complex information systems (DNA and RNA) arising by chance mutations, Neo-Darwinists are now seriously discussing panspermia theories–that aliens from another planet “seeded” Earth. Of course neither of these outlandish responses to statistical analyses actually address the Origin of All Things, but merely kick the can like Plato’s proverbial “turtles all the way down.”

Interestingly, one of the most logical of all philosophers, Ayn Rand, rejected the Big Bang Theory, citing mathematician’s studies that have consistently disproved it, along with lack of evidence. Interestingly, she chose to hold on to atheism, claiming that she didn’t have enough evidence that God existed, while admitting to her belief that the universe was both “eternal” and “benevolent”.

Romans Chapter One speaks to this. It is important that we understand why most of the scientific community would rather believe in a multiverse, or aliens from other planets as our creators than admit that Creation indicates a Creator, the One who is revealed in the Bible. When people choose to reject God, they inevitably embrace far-fetched ideas of reality. In turn, God turns them over to a depraved mind.

With the scientific community embracing crazy theories, and the church unfairly being blamed for unscientific theories, we need to do a better job of responding to the false narrative that Christianity is somehow averse to science.

I was inspired to address this issue during a Bible study on the prison yard while we read Romans 13:11: “Understanding the present time, the hour has come for you to wake up from your slumber, because our salvation is nearer now than when we first believed.” I am also reminded of 1 Peter 3:15: “…. Always be prepared to give an answer to everyone who asks you to give the reason for the hope that you have.” 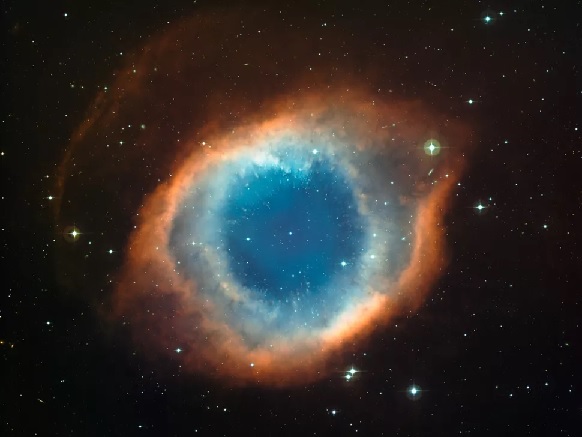 This colour-composite image of the Helix Nebula (NGC 7293) was created from images obtained using the the Wide Field Imager (WFI), an astronomical camera attached to the 2.2-metre Max-Planck Society/ESO telescope at the La Silla observatory in Chile. (Image credit: CNES 2012/Astrium Services/Spot Image)

So while those who speak for “Science” are wrapped up in their own religious zealotry defending the Big Bang Theory and neo-Darwinism, the church might promote the fact that Genesis Chapter One provides the only answer to the ultimate question of origins: How does Something arise from Nothing? A Supreme Being, our Intelligent Designer, created everything. As Psalm 24:1 proclaims, “He made the universe and everything in it.” He designed the highly complex information systems necessary for Life, in all of its variety and beauty and functionality.

Long before modern science discovered genetics, Genesis 1 and Leviticus 19 forecasted it, demarcating species of plant and animal life that should only be bred within their kind. Well before we understood the make-up of our atmosphere, we were given hints of it in Genesis 1 and 2 Peter 3 (which mentions “the elements”). Before scientists discovered that our planet is a spheroid, Isaiah wrote (in 700-680 B.C.), of the “circle of the Earth.” In the Book of Job, written as early as 2000 B.C. (and no later than 538 B.C.), we read that God “suspends the Earth over nothing.” The dietary and quarantine laws of Leviticus 11 and 13 were scientifically far before their time. Even thousands of years after God gave Moses those commands, the scientific community hadn’t understood the importance of avoiding certain foods and the nature of communicable diseases.

Nowhere in the Bible is it suggested that the Earth is Flat, or that the Sun Revolves Around the Earth. What it does reveal is that the Act of Creation by our Creator was supernatural, and instantaneous. He created a planet and all of its adult life with apparent age, fully functioning in all of its complexity within six solar days separated by “an evening and a morning.”

True science is the study of what can be observed. It involves the scientific method of actual, and sufficiently repetitive testing before any theory is proved. What science cannot prove is outside the realm of science–and enters the realms of philosophy and religion. Our nation’s science textbooks are preaching unproven and disproven theories as if they are science, when they are at best philosophical guesswork, and more and more like a false religion. Our scientific communities have become acolytes of the religion of scientism rather than practitioners of their scientific disciplines. Rather than our churches calling them out as frauds, we have spent decades cowering under the weight of the God-hating accusations unfairly made against us.

In Romans 1:18-32, we read that man has “suppressed the truth” even though “what may be known about God is plain” to all. We learn that “God’s invisible qualities–His eternal power and divine nature–have been clearly seen, being understood from what has been made.” The Word tells us that “although they knew God … their thinking became futile and their foolish hearts were darkened. Although they claimed to be wise, they became fools … exchanging the truth of God for a lie.” So “He gave them over to a depraved mind,” to “envy” and “deceit.” They are “God-haters, insolent, arrogant, and boastful; they invent new ways of doing evil….” This reveals what we are up against. Do not be surprised when the world hates you.

It is evil to teach our children that the Big Bang Theory has any basis in science. It is abhorrent that neo-Darwinism 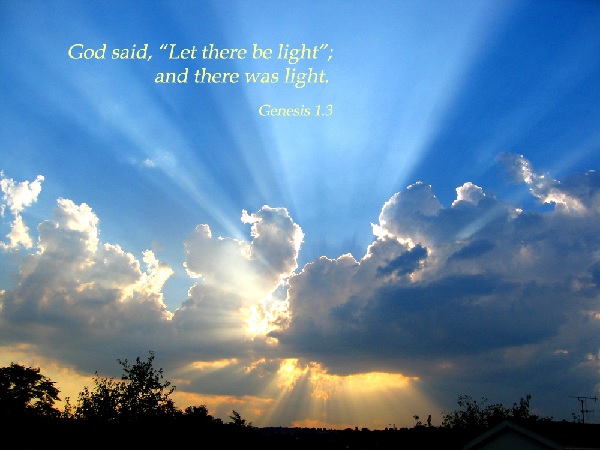 continues to be the prevalent belief in our culture, especially in light of all of the scientific evidence against it. We are bombarded with God-hating falsehoods, but are we prepared to fight back?

Thankfully, we have unprecedented access to information in this Internet Age. Use it. Challenge God-haters with it. Know enough to ask the right questions. It doesn’t take much to peel away the surface of their rotten fruit. Learn more from some of the great authors addressing the big lies in cosmology and macro-evolutionary theory: John Hartnett (Dismantling the Big Bang), Russell Humphries (Starlight & Time), Jason Lisle, Danny Faulkner, Stephen Meyer (Signature in the Cell; The Darwin Doubt), John Sanford (Genetic Entropy …), and Jonathan Sarfati (Refuting Evolution 2 …).

At the cores of the Big Bang Theory and neo-Darwinism are this outrageous lie: that it is possible for the universe, and all living things, to come about from nothing–by itself, by chance. That’s not science. Punting to another universe-spawning universe, or to alien panspermia doesn’t change their core premise. Only God can create something from nothing. Only God has made our universe and everything in it.