(WNS)–Scotland plans to ban spanking, or “smacking” as Scots commonly call it. The government confirmed last week it would back a bill introduced by Scottish parliament member John Finnie criminalizing physical punishment of a child. If passed, Scotland would be the first member of the United Kingdom to ban spanking.

Scotland previously allowed a defense of “justifiable assault” in cases of physical punishment of children. The bill would remove that defense. Parents could face fines or jail time for spanking.

Opponents of the law called the decision a U-turn by Scottish government officials who said months ago they would not back an attempt to ban spanking.

The Scottish government seems to have an issue trusting Scottish parents, said Ciarán Kelly, deputy director for staff and communications for U.K.-based The Christian Institute, also noting a recent call for each Scottish child to have a government-appointed guardian. Kelly said the government was making these decisions “in the face of overwhelming public opposition.” 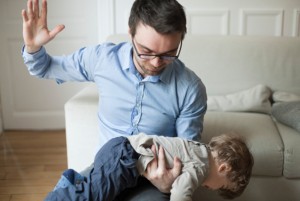 Be Reasonable Scotland argued the law was a “mass criminalization of ordinary parenting.” The group cited a recent poll that found 3 in 4 Scots agreed a ban would likely criminalize reasonable parents and do little to stop bad parents from abusing their children. Child welfare experts worry the law runs the risk of overwhelming the system with trivial cases, expending resources needed to fight true instances of child abuse.

A pro-family group in New Zealand—which criminalized spanking in 2007—released a warning to Scotland.

“The law has had a chilling effect on parenting, and rather than tackling rotten parents who are abusing their children, it has targeted well-functioning parents,” said Bob McCoskrie, the national director of Family First New Zealand. “We would warn Scottish parents that this law will harm and rip apart families.”

In 2009, 87 percent of New Zealanders voted against the ban in a nonbinding referendum, but the law remains in force.