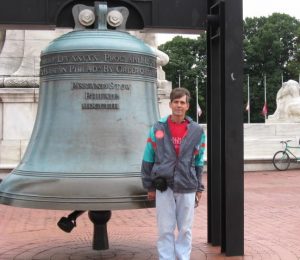 Ok my friends, let us understand some things and get full disclosure out there, front and center. “The Coronavirus is similar to SARS-CoV, so it was named SARS-CoV-2. The disease caused by the virus was named COVID-19 (COronVIrusDisease-2019), to show that it was discovered in 2019”, (In Wuhan China). Is everyone clear on this? Because we are now at a point where it is imperative, that if we wish to engage in the debate going on surrounding “COVID”, political or otherwise, we’d better have our facts straight. Even those as simple as what it is we’re fighting and why. Simply buying into the misinformation and division being offered up by Leftist politicians and the so-called “mainstream” press, just for the sake of ideology, won’t do.

This brings me to my next observation. As many of you know, I’m a vaccinated Type 1 Diabetic who’s just as anxious as any other person with one or more comorbidities, but who also believes unequivocally that COVID is real, but the “pandemic” is politics. Now that we have that out of the way, let’s get down to the business of what the heck is going on in this country today…

I’m sure I’ve never seen the likes of what’s happening to our great nation. I never would have imagined Americans could be so easily corralled, coerced and conned into a such a position of weakness and fear such as this. Yes, it seems the “The Greatest Generation”, who stormed the beaches of Normandy and in the Pacific theater of WWII, and took the world with them to their God given liberty, really are now relegated to the pages of history. How did we get here from there? Well, I could write all day about losing a generation to the whiny fools, masquerading as academics and educators today, who we trusted to teach our young ones the skill sets necessary to be successful citizens in a free republic, but instead taught them that truth is the new hate speech. But that would take a book and a year or two write it. 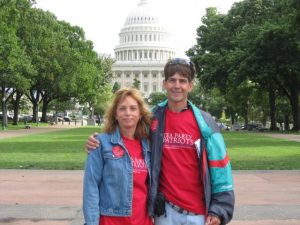 Ron and his wife Charlotte visit the nations Capitol

No, for the sake of brevity and clarity, we’re going right to the meat of the argument and asking some simple but direct questions. I’m going to write about a conversation I had with a local and unapologetic Rhode Islander asking some of those same questions of politicians and folks in the medical and prescription drug world, about vaccines, boosters and the obvious line of you know what we’ve been fed regarding the efficacy of these (not as advertised) applications, as well as therapies and treatments for COVID, which have been maligned and suppressed, likely at the expense of thousands of lives.

You see, the politics of social media, and an ideologically and morally bankrupt press taking one particular side of an argument, clearly make it difficult to bring the truth to “We the People”. What’s worse though, is when the truth actually gets out there, and folks simply choose to believe the lie. For this self-induced ignorance, there is simply no cure.

Consequently, this article is not for the forever mask wearers, who sport their stylish and often re-used and dirty cloth identity zappers, even when they now know they do near zero to fight the spread or contraction of the virus. And it is not for the social distance folks who understand little of microbiology and ease of transmission of infectious viruses. And it’s certainly not for the political hacks who just hate Donald Trump with such ferociousness, they’re absolutely blind to any reason or honest debate on frankly, any subject with his name in the narrative. No, this article is for those out there, Christian and otherwise, who desire and pray for a return to normalcy in America, via a road of truth, facts and reason.

When Ron L’Heureux contracted COVID in November, the Christian business owner, husband and father of three sought relief by way of a prescription for Ivermectin, one of the effective treatments and/or therapies for the virus. When the pharmacist at the CVS pharmacy in North Smithfield, Rhode Island refused to fill the scrip, so began the fight, a fight that would have reverberations right up to Smith Hill.

Ron L’Heureux has never been one to “hide his light under a bushel”, if you will. As I mentioned, he is a stalwart 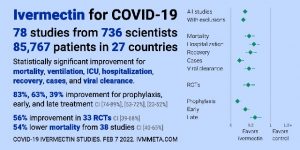 Christian who never apologizes for his faith or politics, and the GNT has highlighted Ron’s efforts in the past. So when he was told that the decision not to fill his scrip was one made at the corporate level, he immediately went on the offensive and began researching, writing and faxing letters to the CVS Corporate Office, which of course dumped it right back in the pharmacists lap.

You see, things get a little dicey when you start messing around with HIPAA, The Health Insurance Portability and Accountability Act, which protects patient’s privacy and records. Moreover, federal law, ie: S.204, which President Trump signed in May, 2018 giving Americans the “right to try”, was something Ron now had every intention of taking out for a test drive. Prior to the signing into law of S.204, some 41 or 42 states had already enacted right to try laws, but S.204, gave every American the right to seek out these therapies and treatments, which have been ridiculed and relegated to the back burner, in favor of Dr. Fauci and the “Big Pharma” vaccination crowd.$$ Thankfully, the politics of COVID is becoming easier and easier to understand. And those responsible for the suppression of such remedies for the American people will have to face Congress and the law at some point in the not so distant future. But I digress. 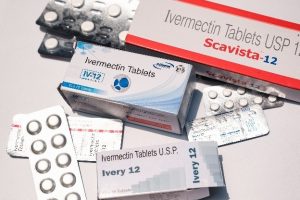 Regrettably, Ron was very ill with the virus during all off this, returning to his doctor after more than five weeks of suffering the debilitating effects of COVD-19, only to feel his doctors frustrations as a physician having to swallow the politics of the pandemic, or be labeled a crack pot or conspiracy theorist simply for approving a proven treatment to relieve the suffering of a patient. “It is a sad day in America when your doctor agrees to a course of treatment, but your government threatens the same doctors in Rhode Island with loss of their license and livelihood if they ameliorate their patients suffering and possible death as allowed by federal law, Right to Try”. – Ron L’Heureux

But Ron soldiered on and began to ask even more alarming questions about the current slate of vaccines, boosters, efficacy and side effects of these new and now questionable approaches to the COVID virus and its mutations, sending along his findings to the corporate folks over at CVS and all of their pharmacies. Truth be told, you really have to be a special kind of ignorant not to listen to what we’ve been told over nearly three years about what these vaccines would actually do, and how those projections have mutated much like the virus itself, and with some deadly results I might add. Or maybe there’s something else going on.

Ron has used his letters and faxes to highlight the misinformation and deceptive tactics of those who have a vested interest in the current narrative. He cites many articles and interviews with doctors who are on the front lines of the COVID battle, and who have used Hydroxychloroquine, Ivermectin and other treatments with documented and favorable results. He’s also written of the dangers of violating HIPAA and how COVID has muddied the privacy waters, using the government’s fear mongering to sidestep one of the most important privacy protections Americans have.

Ron L’Heureux is just getting warmed up and has laid out a course of action which puts companies and entities like CVS on notice, even to the extent that he may seek legal remedies if need be. But he needs help. He needs you in the fight as well. As more and more information comes to light, (and it always does), and as more and more players like Anthony Fauci find their actions, (or inactions) called into question, it’s important for average Americans to step up and secure their country for their children’s sake. Tell your stories. Relate your interactions in writing to the medical industry and to your lawmakers. History tells us, government only grows more powerful when fear is used against the people. So, education has never been more crucial.

Interestingly, all this is happening while folks like CDC Director Rochelle Walensky are now conceding that over 75% of “COVID deaths” occurred in people “who had at least four comorbidities. So really, these are people who are unwell to begin with.” What??? I mean, am I reading this right??? These are her words. Can you even fathom how much that changes people’s perception of the virus? Even folks in the press are coming out and questioning the validity of some of the numbers we’ve seen.

Make no mistake. Any premature death of father, mother, son, daughter, friend or neighbor, is never a good thing, ever. Nevertheless, messaging is everything and the Biden Administration knows this. So when a motorcyclist in Orlando meets an untimely fate by way of oncoming traffic, and is listed as a COVID death, it begs the question, who’s doing the counting, and do we need independent checkers to ensure those numbers aren’t being manipulated to serve a political end. But again, I digress. 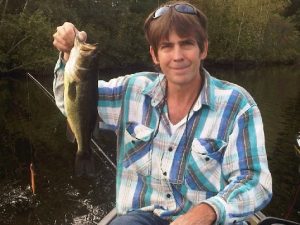 Ron would like us all to get back to normal

When you sum it all up, Americans are starting to pay attention, and they’re questioning the information they’re getting. This is a good thing as it usually brings about a change in direction. You can bet Ron L’Heureux is paying attention. When I spoke with Ron last week, and while he’s focused on the serious fight ahead, he did manage to make me laugh when he quipped, “I do take it kind of personally when someone try’s to kill me.” And while we both got a chuckle out of the comment, as he was making light of the fact that he was being denied medicines and therapies that might have saved his life if things had gone badly, it did make me think. How many people out there, including my wife’s uncle, could have been spared the ravaging effects of this illness? And possibly, some might even be alive today, if only they were allowed access to some of these now proven and sought after treatments.

May the good Lord Jesus look over you Ron, and give you the strength to continue this important fight. And may He fill others hearts with the desire to step up and bring truth to the ears of those who need to hear it.

If you want to help Ron out, or if you’d like him to send along some valuable information and videos, you can reach him at (401) 487-6935 or email at lheureuxronald@yahoo.com. You can also catch up with him on Facebook. Send any financial support you can, to his favorite charity, www.gideons.org/donate.