(WNS)–More healthy couples are using U.S. fertility clinics to help them with something other than conception struggles: guaranteeing their baby’s gender.

A growing number of clinics in the United States now offer a controversial service called “family balancing” or “nonmedical sex selection.” Fertility Institutes, a network known for sex selection services in Los Angeles, New York, and Mexico City, says nearly 90 percent of its clients have no medical fertility issues, but instead come from the U.S. and abroad to ensure their next child’s gender, The Wall Street Journal reported. For about $18,000, the clinic offers parents a 99.99 percent guarantee of their chosen gender and evaluation of all 46 chromosomes in the embryo for genetic disease. 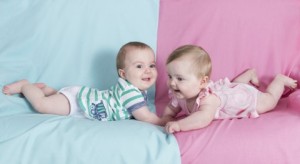 The process, legal in only a few countries including the U.S. and Mexico, combines in vitro fertilization (IVF) with genetic testing to guarantee accuracy. Couples undergo IVF—the woman’s eggs and her partner’s sperm are used to create embryos. Instead of implanting right away, the embryos are first tested using preimplantation genetic diagnosis. The test is often used to determine if an embryo has any genetic diseases, but it also identifies the sex of the embryo. In the sex-selection process, only the embryos of the desired sex are then implanted in the woman.

“If people want to avail themselves of the technology, why not?” Joel Batzofin, medical director of New York Fertility Services, told The Wall Street Journal. “They’re not hurting anyone. They’re paying for it. [The American Society for Reproductive Medicine] thinks that it’s OK.”

Critics, however, point out that there are humans hurt in the process: the conceived embryos of the “wrong” gender who are discarded or indefinitely frozen.

And while the American Society for Reproductive Medicine issued a position paper in June of this year stating clinics in the U.S. have “no ethical obligation” to either offer or refuse to provide the service, the ethics committee of the American Congress of Obstetricians and Gynecologists (ACOG) opposes the practice. “We don’t want people to use technology that’s really intended to help couples with medical needs for nonmedical reasons,” Sigal Klipstein, head of the ACOG ethics committee, told The Wall Street Journal.

Some critics also raise the concern that the wider process of sex selection is a facade for gender discrimination and a preference for sons. While fertility clinics say they get requests for both girls and boys, a 2012 United Nations Population Fund report on sex imbalances worldwide affirms the demand for boys: “Local fertility restrictions and spontaneous rapid fertility decline below replacement levels tend to compel parents who want both a son and a small family size to resort to sex selection.” The report notes pre-implantation sex selection is expensive, out of reach, and illegal for most families, especially in Asia, so abortion or female infanticide are more often used to ensure a son.

As for fears of a coming age of designer babies, Fertility Institutes says it is not stopping with sex selection. “I get about five to seven requests a month for eye color,” Jeffrey Steinberg, founder and medical director for Fertility Institutes told Think Progress. “We know the gene and what it takes. It won’t be long.”