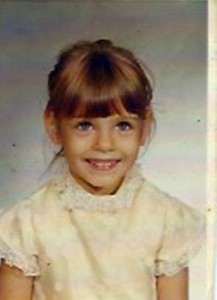 She grew up poor, in one of the decaying mill towns of Massachusetts. After she ran away from home, she was groomed and finally drawn into the dark world of sex trafficking, a virtual prisoner in one of the most free and prosperous countries in the world.

“I was conceived in a violent rape, so I always felt like I was worth less than other people,” says Darlene Pawlik, author of “Testimony: the dark side of Christianity.” The rape was so brutal her mother didn’t talk about it for two years. She actually married the perpetrator, who continued to brutalize her mother.

Sexual violence seemed to follow Darlene. “From toddlerhood I was physically and sexually abused by my biological father,” she recounts. “He used drugs and he used repressive techniques, teaching us to lie about what was going on.”

Her mother’s second husband took them to church occasionally, but it was more for a social connection. “At six or seven I accepted the Lord, but there was no discipleship going on. I didn’t know how to follow Him.”

Darlene ran away from home after her mother’s second divorce. “I quit school at the end of the 6th grade,” she says. “I lived as a transient in the streets, stayed in basements, or slept in cars. I slept in the store ‘24’ for a number of months.” A world almanac was her only pillow at times.

She says her mother looked for her, but didn’t get much help from the local police in Haverhill, Massachusetts. “Some of the police were using my runaway friends,” she alleges.

When Darlene was 13, a “handsome” man calling himself ‘Ace’ showed up in town, driving a black Cadillac with a crimson interior. He struck up conversations with Darlene and her runaway friends, slowly building their trust. “When the weather got cold we would get in his car and we would talk and joke around,” she recalls.

Ace was patient, slowly grooming the girls for his vile purposes. “He made very few references to sexuality at first, but then he started getting into it more and more.”

Darlene began using drugs such as Valium, marijuana, and alcohol – anything she could get her hands on. “I viewed him (Ace) as a way I could get what I wanted and I didn’t think I was worth anything anyway,” she says. Her relationship turned sexual with Ace, which led to the next step in his sordid plan.

On Darlene’s 14th birthday she was peddled into the world of sex trafficking. “That’s the first time I was sold to a businessman from a neighboring town. He was absolutely thrilled I was so young.”

Some of her clients included professionals, politicians, and everyday Joes. “Often it was a routine thing that happened,” she says, referring to the sexual encounters. “But just as much it was violent. I was gang-raped, kidnapped, beaten and brutalized,” she recounts.

“I attempted suicide many times, overdosing on pills; I tried to throw myself off a building; I tried to hang myself in a cell. I must have had angelic or Holy Spirit intervention, because I should not be alive.”

Ace sold her to a man named Rac, for his exclusive use. Then Rac sold her to a small-time organized crime figure, involved with loan-sharking and gambling. The man found her an apartment in the city, while he lived with his wife and children in the suburbs.

“I was held as a house pet for a ‘sugar daddy,’ but there was nothing sweet about it,” she notes.

When Darlene unexpectedly became pregnant, the mobster was enraged. “He told me if I didn’t have an abortion he would kill me. One of his flunkies was my former pimp who had beaten me up and raped me so I didn’t doubt it.” He forced Darlene to make the appointment for an abortion in his presence.

As the pressure mounted, Darlene remembered the faith of her childhood, which had been dormant for so many years. “God, if you’re real, I need you to help me!” she cried out when she was alone. “I don’t know what to do.”

That night something unusual happened. She had a vivid, Technicolor dream about the abortion process from the vantage point of the womb.

Jolted by her God-inspired dream, Darlene called a social worker she met when she first lived on the streets. She reached Marilyn Birnie, founder of Friends of the Unborn, who told her she would provide a place of refuge for Darlene – a home for unwed mothers.

Darlene spontaneously devised a plan to flee – using the pretext of a faked abortion. “I pretended to go and have an abortion and after the procedure I pretended to be in pain. I went to the bathroom a lot and cried a lot. I was terrified he would find out so I was shaking. He believed me and let me go.” 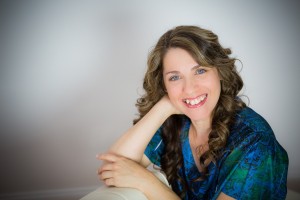 She credits Marilyn Birnie with saving her life. “She didn’t just save my life, she saved my children’s lives and who knows how many generations.”

At the home for unwed mothers, she finally found the missing piece to her Christianity. “Marilyn taught me how to be a Christian, to read the Bible every day, to talk to God every day. If there was an actual conversion experience, it was at her home. She saved my life and my destiny.”

In 1990 Darlene married Mark Pawlik, sales manager for an industrial equipment company. The relationship was slow to develop and rocky at first, due to the trauma she survived and her lack of self-worth. “I felt like I wasn’t good enough so I pushed him away.”

In the last few years, Darlene has been very active in pro-life causes in New Hampshire. She has five children and two grandchildren. “I want to give back to the pro-lifers who saved me,” she says.