(WNS)—Singles now make up the majority of the adult U.S. population, according to research reported by Bloomberg.

Bloomberg credited Edward Yardeni, a Wall Street economist and market strategist, with identifying the shift by using the Bureau of Labor Statistics’ August job-market data. In a private report to his clients, entitled “Selfies,” Yardeni said the “remarkable” trend has “implications for our economy, society, and politics.” 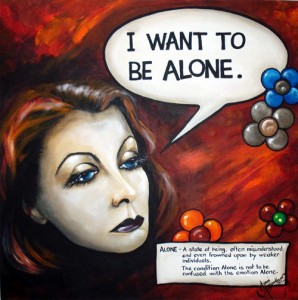 For example, he noted that singles are more likely to rent than buy. Less marriage also means fewer children, which shifts spending habits. He also said more single-person households exaggerate income inequality. “While they have less household earnings than married people, they also have fewer expenses, especially if there are no children in their households,” Yardeni wrote.

Although the number of divorced, separated, or widowed singles has increased since the 1970s, the larger increase, from 22.1 percent to more than 30 percent, came from a growing number of singles who never marry, Yardeni found. Some argue this increase is the result of more couples deciding to cohabitate instead of marry.

The increased flexibility of singles has economic benefits, but more singles can also mean decreasing economic stability, Allison Schrager wrote in an article for Businessweek. With fewer fixed expenses, family ties, mortgages to pay, and kids to put through college, singles are more likely to move for a job or start an entrepreneurial venture. But they also are less stable for the future economy. A lost job, injury, or illness is a major hit for a single-person household. And no children means no new households, no new taxpayers, and a dearth of future caretakers for the current generation when they age.

A growing number of singles also means people are leaving the suburbs in favor of cities.  “Singles make up more than half of the population in more than 46 of the 51 largest U.S. metros,” Richard Florida wrote in an article for The Atlantic’s CityLab. “If families prefer the suburbs for schools and safety, singles prefer denser urban neighborhoods with more to do and greater opportunities to meet and connect with singles.”