“We are eagerly awaiting the results from the BN-800 [reactor],” Yu Zusheng said. “I think we will be able to establish cooperation [with Russia] on fast reactors, based on experience in operating the BN-800,” he stated.

Russia is one of only a few countries to possess fast reactor technologies and is the world leader in this field. China intends to make fast neutron reactors one of the main priorities in its national nuclear energy development program.

In 2008, Russia and China began cooperation on the Sanming nuclear power station in China’s Fujian province. The project includes the construction of two BN-800 reactor power units with 800 MW capacity each. 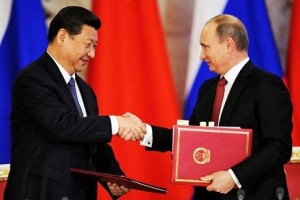 In June of last year, Moscow and Beijing inked a deal worth $270 billion, for Russian oil giant Rosneft to provide China with oil over the next 25 years. In a separate agreement, the state-owned China National Petroleum Corporation (CNPC) signed contracts to take a 20-percent stake in Russian energy firm Novatek’s $20bn liquefied natural gas project on Russia’s Yamal peninsula.

In July of this year, RIA Novosti reported that Rusatom Overseas, a subsidiary of Russia’s state nuclear corporation Rosatom, said it had signed a memorandum on a project to build floating nuclear power plants with China’s CNNC New Energy.

“Floating power plants have a significant appliance potential. A floating NPP comes in two forms, a floating and a fixed one. A plant like this can be either plugged into the shore-based electrical grid or moored close to a power consumer,” Rusatom CEO Dzhomart Aliev said in the statement.

The memorandum was signed by Dzhomart Aliev and China’s CNNC New Energy President Tianlin Qian. The companies are now going to set up a Russian-Chinese working group to continue their work on the project, according to the official announcement.

Chinese Premier Li Keqiang visited Moscow in October of this year, and reportedly oversaw the signings of more than 40 agreements across many sectors and industries, covering energy, finance, and technology. The agreements also extend credit lines to Russia from Chinese banks and arrange for currency swaps.