Soccer and the Supernatural

For many there is a direct connection to soccer and the supernatural. In Thailand, Buddhist monks erected a statue of David Beckham. And at a “church” in Argentina, worshipers gather to celebrate Diego Maradona, calling it the Maradonian Church. The Maradionian Church claims 200,000 followers. Go figure. 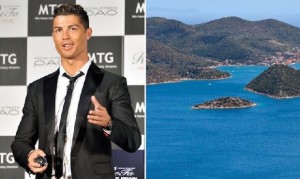 More commonly, there are many soccer players who follow Christ. Brazilian superstar and Orlando FC forward, Kaka, is one such player. David Luiz of PSG is another. And there’s many more—Everton goalkeeper, Tim Howard and US forward, Clint Dempsey, among them.

Supernatural and soccer abound. Since the modern inception of the game in the mid-1800’s people have summoned the heavens for their team and favorite players, praying for a winning goal, a missed penalty from the opposing team, or a big player transfer.

The fact that the European leagues begin this month, I’m sure many prayers are being offered by the faithful.

Now don’t get me wrong—I’m a devotee of the game. I watch, follow, and debate the pros and cons of the referee calls, coach decisions, and player performances. But unlike many, soccer is not my religion; rather, soccer is a tempered, if not semi-consuming, passion.

So when I sat at Dick’s Sporting Goods Park outside of Denver, Colorado to watch the LA Galaxy take on the Colorado Rapids I kept my passion at bay—at least as an outward expression. True, watching Steven Gerrard assist on goal and Irish superstar, Robbie Keane, score a goal was divine. But I knew that the performance had less to do with the supernatural and more to do with hard work, practice, and other human-centric qualities that make a great soccer player great.

Yet beneath it all I couldn’t help thank the Creator for the inspiration given to humans to afford the world such a marvelous expression of His grace.

In Christian theology, there are two understandings of grace: saving grace and common grace. And we must always differentiate the two. Saving grace conjoins salvation and redemption in an act called justification (whereby the person becomes a Christian). Common graces are gifts shared by all humanity such as art, sports, and science, things that bring blessing and pleasure to the world. Whereas common grace is God’s gift to all, saving grace is God’s gift to those who receive and believe. 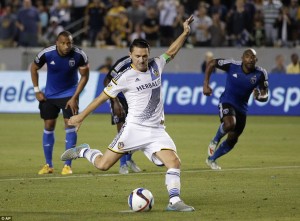 This being said, I’m glad that God imparted both graces. For when I watch someone like Gerrard or Keane play a fine match, I can’t help to pause and thank God for His common grace, highlighting human ability and performance. But when a goal is scored during a match, I can’t help thank God—and be reminded of the fact—that God was specific: His goal of salvation provided the winning way found in Christ, giving us the way, the truth, and the life.

In Christ, a true supernatural act was gifted, one that is more than an island, something akin to a universe of unending pleasure and delight. And soccer can give us a glimpse, albeit small, of the pleasure waiting those that believe and receive.

Now that’s a goal worth watching.