(NaturalNews) Americans are finally waking up to the fact that drinking soda is an unhealthy practice. Sales of sugary, carbonated drinks have fallen dramatically in recent years, sending the soda industry into a panic. 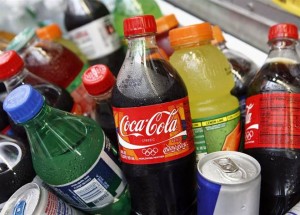 It may be bad news for Big Soda, but it’s good news for the rest of the populace. Sodas have long been one of the main contributors to obesity among Americans and to diseases related to unhealthy diets, such as diabetes.

A recent piece in The New York Times by Margot Sanger-Katz details the decline in soda sales and the efforts that led to it.

“The drop in soda consumption represents the single largest change in the American diet in the last decade and is responsible for a substantial reduction in the number of daily calories consumed by the average American child. From 2004 to 2012, children consumed 79 fewer sugar-sweetened beverage calories a day, according to a large government survey, representing a 4 percent cut in calories over all. As total calorie intake has declined, obesity rates among school-age children appear to have leveled off.”

Sales of full-calorie soda have dropped by more than 25 percent over the last two decades, and the reason appears to be the increasing health awareness among Americans due to the efforts of anti-obesity campaigners.

Initiatives to introduce “soda taxes” in various cities and states have largely been unsuccessful due to fierce opposition from soda manufacturers. However, anti-obesity campaigns have at least managed to capture the attention of the public, it seems, and the average American is now made more aware of the health risks associated with consuming sodas on a regular basis.

An example of the push towards levying a soda tax — one which subsequently failed due to resistance from Big Soda — was the campaign Philadelphia Mayor Michael A. Nutter mounted five years ago:

“Soda lobbyists made campaign contributions to local politicians and staged rallies, with help from allies like the Teamsters union and local bottling companies. To burnish its image, the industry donated $10 million to the Children’s Hospital of Philadelphia. It worked: The soda tax proposal never got out of a City Council committee.”

But Mayor Nutter’s efforts to educate the citizens of Philadelphia had an effect. The debate that was raised on the subject, along with changes in city policies, led to a 24 percent drop in daily soda consumption among Philadelphia teens from 2007 to 2013. The city’s Department of Health recently reported a “sustained decline in childhood obesity” among Philadelphia residents.

But the changes in Americans’ beverage-buying habits are not limited to cities such as Philadelphia where such campaigns have taken place. Throughout the country, people are beginning to replace their Coca-Colas and Mountain Dews with healthier drinks, and many are opting for bottled water to accompany their meals.

One industry specialist predicts that water will overtake soda in overall sales by 2017 and become the “largest beverage category in the United States.”

Much of America’s obesity and other health issues can be directly traced to fast food companies, soda manufacturers, tobacco companies and the like. Of course, once people develop health problems due to their consumption of these poisons, Big Pharma steps in with their supposed “cures” for these ailments — and often, the cure proves to be worse than the disease.

It’s encouraging to see that people are beginning to see the vicious circle created by unhealthy eating habits and the unhealthy methods of treating the resulting maladies caused by such habits.

Consuming natural whole foods is clearly the right approach to maintaining health; fortunately, more and more people are finally becoming aware of that fact, despite the efforts of those who would rather feed our addictions and then peddle pills to us when we end up getting sick from them.