Something is Very Wrong

“Something is very wrong indeed. It is the pervasive evil that we have permitted to permeate our lives.” 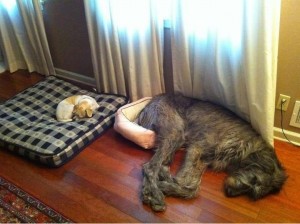 “There is nothing wrong with your television set. Do not attempt to adjust the picture. We are controlling [the] transmission…”.  Such was the Orwellian-themed “cold open” of an early 1960s psychological thriller series titled “The Outer Limits,” perhaps now remembered only by those old enough to be receiving incessant solicitations from AARP or medical alert packages.

Who would have thought we’d actually be living in such times while we were being subjected to the psychological thrillers depicted by this cinematic version of a dystopian world over a half-century ago?

If you are reading this with a sense that something is just not right in the world around you, read on. If, however, you believe that all is right with the world, things have never been better, or that nothing is amiss in the realm of domestic and world affairs, please just move along. For the sake of those around you, though, please remember to shower today, toss your “Feel the Bern” tee shirt in the washing machine, and don’t forget to unplug your electric car before venturing out to the Hillary rally. By the way, I hear that finding a parking space won’t be a problem.

Those who are unimpaired by the growing epidemic of cranial-rectal inversion have a clear view of the flashing-red warning signs that have been erected by recent events that eclipse even the most Orwellian-themed scenarios.

In a notable twist of character placement, Hillary Rodham Clinton appears to have replaced the silent star of Weekend at Bernie’s, being held upright as she speaks to the tens of… well, the tens of people at her campaign stops while the media manages public perception through photo-shopping an audience into an otherwise dismally occupied venue.

In an even more bizarre twist that likely would end up on the cutting room floor of the movie Conspiracy as it would be too unbelievable in real-life, the father of the Muslim terrorist, Orlando mass shooter and honorary member of the LGBTQ club of confusion, Omar Mateen, is shown standing prominently behind Hillary “the Yak” Clinton as she spoke to a crowd of her supporters in Florida this week. Of course, we are told that his prominent placement in this much coveted spot was just a snafu by someone in her campaign. That’s right, nothing to see here.

That’s right. We are told that there is nothing to see there, just as there is nothing to see in her emails, her handling of Benghazi, and, of course, the casino known as the Clinton Foundation, where the house always wins. And as you are given the tour, you might be cautioned not to trip over the growing number of lifeless bodies, from Vince Foster to Seth Rich, or told not to slip on the blood of those who have dared to question the official narrative of the global elite.

The list of non-events in the life and legacy of Hillary, at least as delineated by those who worship at the altar of the Clinton cabal of criminals and many establishment Republicans who have sold their souls long ago, continues to be dismissed as kooky conspiracy talk. At least that’s what I envision as the content of pillow-talk between Hillary and her Muslim Brotherhood maiden Huma Abedin, herself one of the pillars of the altar of Pergamon that is being used by this lawless cabal of DC denizens.

Beyond the Clinton legacy of lawlessness and interwoven in this screenplay of absurdity being managed by the captured corporate media is the bigger plot, one that is becoming more evident every day. It is within this genre, this film noir, where the feeling that something is wrong has become palpable. It exists heavy in the air around us, and is engulfing us like some tropical midday humidity that sticks to our skin and saturates us even through the protective covering of our clothes.

I believe that what we are seeing and experiencing the process of exposure of the globalist agenda, who are busily battling the revelations of their nefarious wiles, their agenda of Socialist-to-Communist enslavement of the masses that was planned long ago on the plains of Shinar at the tower of Babylon. Such plans have been tweaked by the cooperative efforts of the Marxist-Leninists embodied and emboldened by “leftists” like Saul Alinsky, Cloward and Piven, Margaret Sanger, and others who are the mentors and gods to the power base inside the Beltway of Beelzebub.”

I contend “that is the ‘it’” which is being felt by those who are paying attention. Stated more precisely, the feeling that something is wrong, that something is amiss, the growing sense of dread is indeed real and will continue to trouble even the most hardened skeptics. It is the spirit that exists within all of us warning us that the problems we face are much bigger than the political machinations of the morally, socially, and spiritually bankrupt.

The sense that something is wrong did not originate within the political realm, it is merely reflected by it. Symptoms are appearing in the political and social venues. However, the real problems exist in the spiritual realm, by men and women of incredible hubris who have defiled, debased and perverted all that is good to satiate their own carnality.

Something is very wrong indeed. It is the pervasive evil that we have permitted to permeate our lives. In order to prevail in this war between good and evil, we must first acknowledge the evil, identify it as such, call it out and call out those who are the agents of evil, even if it means “taking some hits” along the way.

The problems we face are bigger than anyone seems to be talking about. That must change first, or we’ll continue to fight the symptoms of our problems, rather than the roots of them.