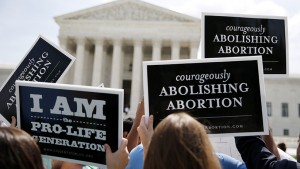 (WNS)–South Carolina on May 17 became the 17th state to acknowledge an unborn baby’s capacity for pain and pass a bill to ban abortions at 20 weeks of gestation or later.

“It’s a great day in South Carolina,” said Faye Hill, executive director of the Lowcountry Crisis Pregnancy Center. “I believe that more babies will be saved from abortion in our state.”

After a six-year battle in the state between legislators, the Pain-Capable Unborn Child Protection Act passed the state Senate in March. On Tuesday night, South Carolina’s General Assembly approved it 79-29. South Carolina Gov. Nikki Haley, a Republican, said earlier this year she could not see a scenario in which she would not sign the bill into law.

The bill states there is substantial evidence that after 19 weeks of gestation, an unborn child reacts to stimuli and can feel pain during an abortion. If the bill is signed into law, abortionists will not be able to perform abortions at 20 weeks of gestation or more with the exceptions of when the mother’s life is in danger or a doctor determines the unborn baby will not survive outside the womb.

Under the bill, someone caught performing an abortion at or after the 20-week mark could get hit with a $10,000 fine and jailed up to three years.

Republican State Sen. Larry Grooms praised the news on his Facebook page this morning, saying this bill will save dozens of lives and prevent a third-trimester abortion center from opening in the state.

Grooms first introduced a ban on late-term abortions in the state in 2010, but could not pass the bill until this year. Since that time, 16 other state legislatures have cut off abortions at 20 weeks. South Dakota in March passed a similar law that will take effect July 1.

State Rep. Wendy Nanney, R-Greenville, the House sponsor of the bill, said the reward was worth the long battle.

The U.S. Supreme Court’s decision in Roe v. Wade said states cannot restrict abortion through the second trimester, but is has not ruled on the constitutionality of banning abortion at 20-weeks’ gestation and later. And with more scientific findings showing babies can feel pain during a late-term abortion, states have been able to roll out legislation to protect more lives.

At the federal level, the Senate Judiciary Committee reopened discussions in March to cut off all abortions once babies can feel pain. Sen. Lindsey Graham, R-S.C., introduced legislation last summer, but it has yet to receive a vote.

“South Carolina’s win is evidence of sustained momentum to pass this bill on the federal level,” said Marjorie Dannenfelser, president of the Susan B. Anthony List. “A national limit—which would save up to 18,000 unborn lives a year and protect many women—is long overdue. The U.S. is only one in seven nations to allow late-term abortion after the five-month mark.”